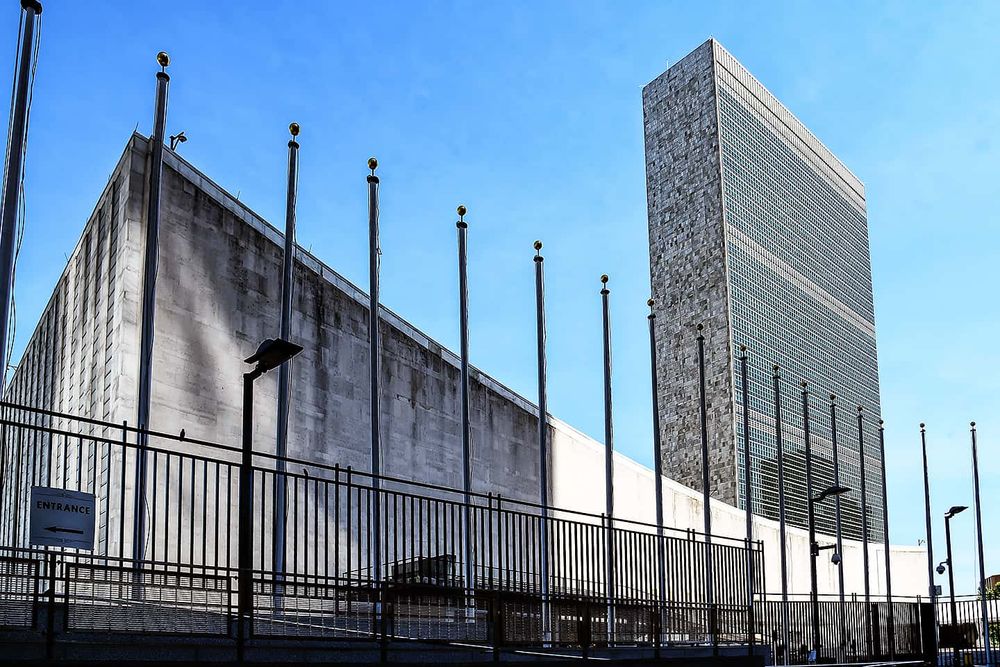 Dmitry Polyanskiy, first deputy permanent representative of Russia to the United Nations, said in a Twitter post on March 10:

“Russian Mission asked for a meeting of #SecurityCouncil for 11 March to discuss the military biological activities of the US on the territory of #Ukraine.”

Reuters reported that diplomats have indicated the U.N. Security Council will convene on Friday, March 11, to discuss Moscow’s claims of U.S. biological activities in Ukraine.

Late on March 9, the United States denied Russian accusations that Washington is running labs in Ukraine geared toward developing bioweapons.

Russia on March 8 repeated its longstanding accusations the United States is working with Ukrainian laboratories to develop biological weapons.

The United States and Ukraine maintain that the laboratories seek to prevent bioweapons and pathogens, not develop them. Ukraine, like many other countries, has public health laboratories researching how to minimize the threats of dangerous diseases affecting humans and animals.

Fact sheets featured on the U.S. Embassy of Ukraine website, found via Internet Archive, link to several documents detailing what appears to be U.S. government investments for select laboratories in Ukraine.

Under Secretary of State for Political Affairs Victoria Nuland on March 8 said Ukraine has “biological research facilities” and the United States is working to prevent Russians from taking control of them.

In a statement released on March 9, State Department spokesman Ned Price said Russia “is inventing false pretexts in an attempt to justify its own horrific actions in Ukraine.”

Separately, the World Health Organization (WHO) said in an interview with Reuters on Thursday that it “has strongly recommended to the Ministry of Health in Ukraine and other responsible bodies to destroy high-threat pathogens to prevent any potential spills.”

As the current Biden regime offers its love and support to Ukraine following an invasion by more than 100,000 Russian forces, a newly resurfaced leaked audio indicates that a pair of Obama administration officials were plotting to overthrow the elected president of that country during the “Maidan Revolution” in 2014.

One of the key players in the coup planning was Victoria Nuland, who served in Barack Obama’s State Department and is a vehement anti-President Trumper, as well as an avid and sycophantic supporter of former Secretary of State Hillary Clinton. In fact, she was heavily involved in spreading the “Steele dossier,” the hoax document that claimed to have evidence Trump was a stooge of Russian President Vladimir Putin.

Nuland is currently serving in Joe Biden’s regime, which has been dubbed “Obama’s third term” because of his behind-the-scenes influence and the presence of so many people who worked for him. Nuland is currently serving as Under Secretary of State for Political Affairs. She recently testified before the Senate Foreign Relations Committee and yet no one — not even Republicans — deigned to ask her about her past actions in Ukraine.

As the revolution gained steam, Nuland visited the front lines of the protests in Kyiv, handing out food to demonstrators. A few weeks later, those protests turned violent and several Ukrainians were killed.

Around that same time, she held a discussion with another American diplomatic figure, Jeffrey Pyatt, to talk about events in Ukraine. Pyatt is currently the U.S. Ambassador to Greece.

The European Union Times reported: “However between 2013-2016, he was serving as U.S. Ambassador to Ukraine. During that phone call, Nuland and Pyatt brought up two individuals…then national security adviser to the vice president, Jake Sullivan, and the vice president himself, Joe Biden.

“The discussion between the two revolved around the State Department’s ‘pick’ for prime minister of a so-called ‘unity government’ in Ukraine.

“One might ask, why was the United States involved in deciding who should be the “pick” for prime minister of a foreign country? That’s a great question. During the review of the three candidates for the post, State picked a man named Arseniy Yatsenyuk.”

Reports noted that Biden, then vice president and in much better control of his mental faculties, was intimately involved in the coup plot after Obama made him “point man” for Ukraine. For good measure, it was around the same time that Biden’s boy, Hunter Biden, landed his multimillion-dollar gig on the board of Burisma Energy Holdings, one of the largest firms in Ukraine, though he had zero experience as an energy executive.

Here’s the nub of what happened: Under Biden’s direction, the official leader of Ukraine at the time, Viktor Yanukovych, was undermined by elements of the U.S. government because he was essentially pro-Vladimir Putin. Then, they helped pick someone the Obama regime “approved” of over the duly-elected president.

In the leaked phone conversation between Nuland and Pyatt, the former voiced exasperation with the European Union’s response to the situation then unfolding in Ukraine. Following is what Nuland said.

“So, that would be great, I think, to help glue this thing and have the U.N. [United Nations] help glue it. And, you know, F**k the EU [European Union].”

Pyatt responded: “So let me work on Klitschko [former mayor of Kyiv] and if you can just keep… we want to try to get somebody with an international personality to come out here and help to midwife this thing. The other issue is some kind of outreach to Yanukovych [deposed Ukrainian president] but we probably regroup on that tomorrow as we see how things start to fall into place.”

Nuland then said: “So on that piece Geoff, when I wrote the note [US vice-president’s national security adviser Jake] Sullivan’s come back to me VFR [direct to me], saying you need Biden and I said probably tomorrow for an atta-boy and to get the deets [details] to stick. So Biden’s willing.”

Pyatt: “Yeah. I guess…in terms of him not going into the government, just let him sort of stay out and do his political homework and stuff. I’m just thinking in terms of the process moving ahead and we want to keep the moderate Democrats together. The problem is going to be Tyahnybok and his guys…”

Nuland: “I think Yats is the guy who’s got the economic experience, the governing experience. He’s the… what he needs is Klitsch and Tyahnybok on the outside. He needs to be talking to them four times a week, you know. I think Klitsch going in… he’s going to be at that level working for Yatseniuk, it’s just not gonna work.”

“Klitsch” is the current mayor of Kyiv, former pro heavyweight boxer Vitali Klitschko, who had come back to his native land from Germany to help lead it. They decided they didn’t want him.

Listen to the leaked audio recording of the Nuland and Pyatt conversation: