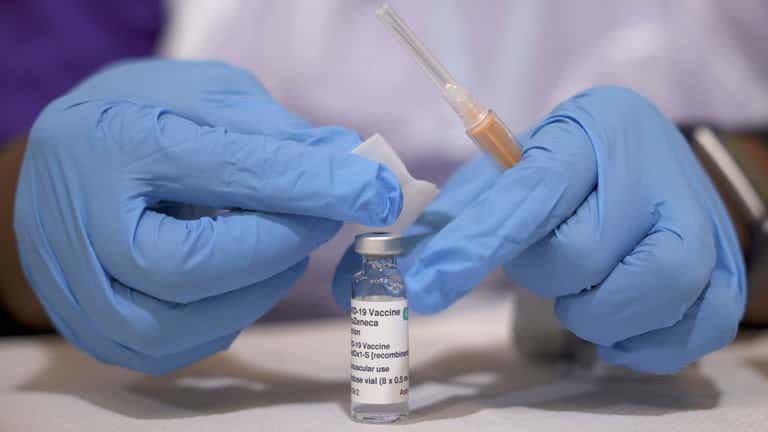 An official tally of suspected side effects resulting from Covid vaccination in Sweden has surpassed 30,000, with the majority of cases occurring in people inoculated with AstraZeneca’s shot.

According to the Swedish Medical Products Agency, as of last week, the Scandinavian nation had received 31,844 reports of adverse reactions linked to the rollout of Covid-19 vaccines. Sweden is currently offering three variants of the drug. There are currently 2,103 reports of side effects from the Moderna shot, while the Pfizer-BioNTech vaccine has been associated with 9,117 health issues. But the number of suspected adverse reactions from the two shots seems relatively small when compared to the 19,961 reports linked to AstraZeneca’s Vaxzevria.

The most common side effects for all three drugs were fever and headache. Other reported adverse reactions included nausea, joint pain, and dizziness.

Notably, the AstraZeneca shot only accounts for about 26% of the roughly 2.7 million vaccines that have been administered so far in Sweden, but makes up around 63% of the side effects reports.

Of the nearly 32,000 reports, 663 cases have been registered where it’s unclear which vaccine was administered. Two-thirds of the reports have been submitted by the general public. The agency cautioned that individual reports do not necessarily demonstrate a correlation between the medical episode and the vaccine.

Ebba Hallberg, an official with the Medical Products Agency, told Swedish media that it was unusual to receive so many reports of side effects, but noted that the figure was likely high because of public focus on the new vaccines. Healthcare providers are likely only reporting more “serious” side effects, the official theorized. Hallberg also said that it was possible that AstraZeneca was overrepresented in the data because the shot was given to many young people and healthcare workers, who are more tech-savvy and would therefore be more likely to report an issue.

According to one Swedish outlet, the agency has received more reports of suspected side effects over the past several months than it typically does over four years.

In March, Sweden was one of several nations to temporarily suspend the use of the AstraZeneca jab, following reports of abnormal blood clotting in recipients. AstraZeneca, as well as the European Medicines Agency, have insisted that the vaccine is safe after it came under scrutiny.

Since then, new reports have linked the drug to severe medical episodes, and even death. Earlier this month, a 35-year-old female medical worker in Vietnam died from anaphylaxis after being injected with the jab, in what has been described as a “very rare” case of adverse reaction to the vaccine.