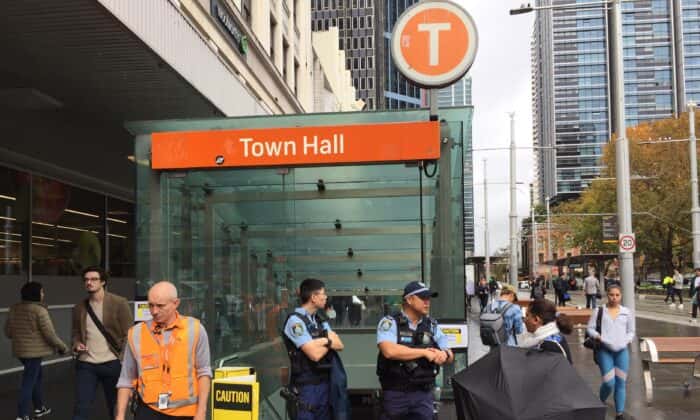 Town Hall Station, one of Sydney’s busiest train stations, was evacuated and locked down for nearly two hours on Wednesday as police searched the vicinity for over an hour, resulting in a handful of train delays.

The police raided the train station right before 11 am, asking passengers to evacuate and put the station into lockdown.

All trains passing through Town Hall Station were blocked, and Sydney Trains warned passengers to expect delays across most of the lines and check for updates on its app.

“Please delay any non-essential travel or arrange alternative transport,” Sydney Trains warned earlier on Twitter. “If you must travel, major delays are being experienced.”

An NSW Police spokeswoman confirmed to news.com earlier that a threat was made against the station, and the police were sweeping throughout the station “as a precaution.”

The police then said the operation was finished, with nothing found in two consecutive updates at around 12 pm.

“Reports of a suspicious package are incorrect. Police are continuing to conduct a precautionary search of the area,” reads the Twitter post of NSW Police Force.

“A police operation at Town Hall Station has concluded with nothing found.”

Trains are now stopping at Town Hall Station again, but major flow-on delays are still affecting the Sydney Trains network, with stopping pattern changes occurring. Buses have been arranged to supplement trains at some locations.

“Services have now started to resume, however, flow-on delays can be expected due to the police operation at Town Hall earlier,” Sydney Trains warned.

“We appreciate your understanding and apologise for the disruptions.”

The reason for the operation is not clear yet, but NSW Police have promised to update the public as soon as possible, AAP reported.