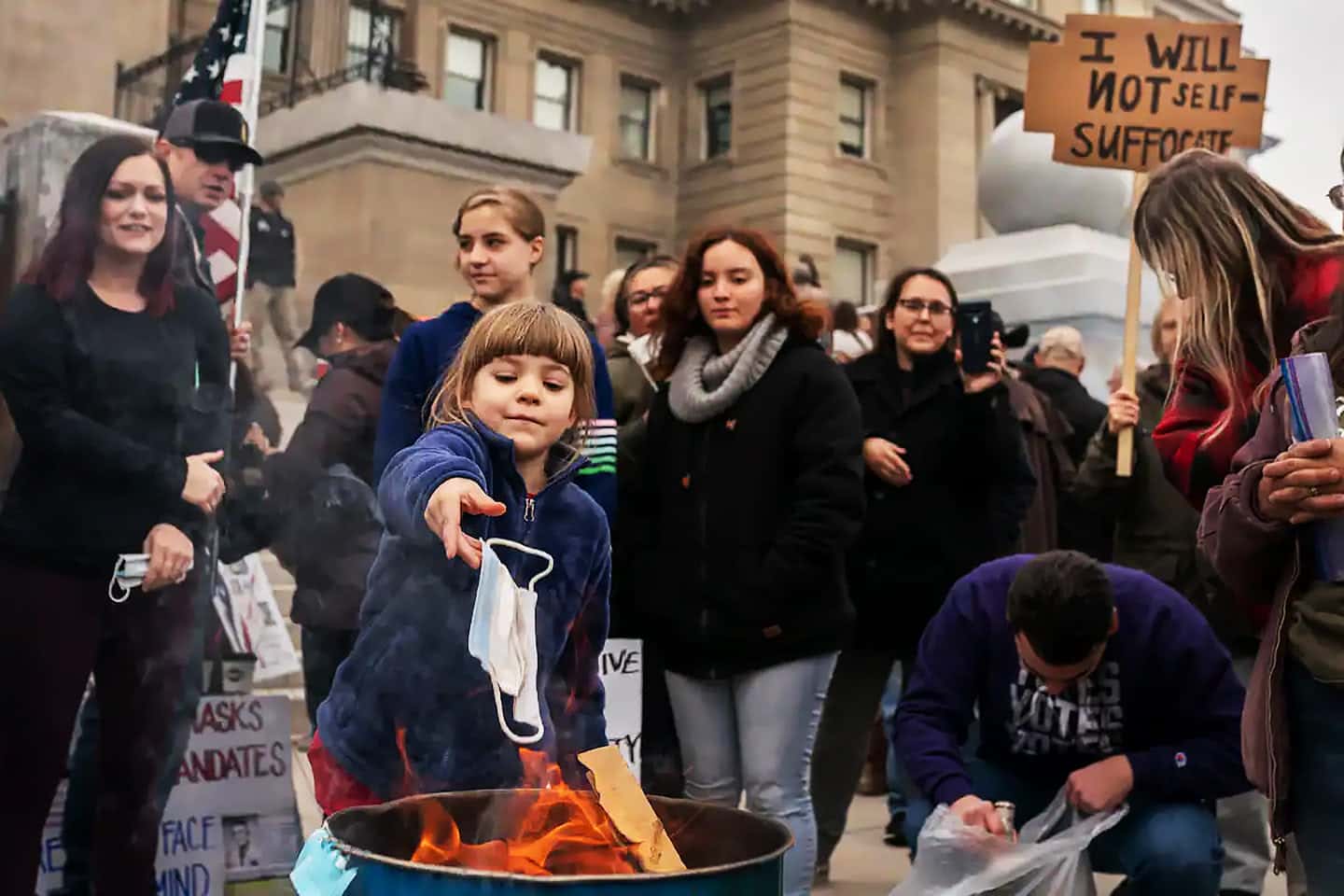 After this lesson from fourth grader John Provenzano, the hysterical Covid tyrants running the schools in Martin County, Florida won’t be able to sit down for a week.

There was never any sane reason to make kids wear masks, much less to close schools. Smart children can figure out that this is crazy; why can’t Democrats?

4th grader tells 'Fox & Friends' about viral confrontation with school board: 'I wanted to take a stand'

John Provenzano said classmates are 'not happy' about 'hypocrisy' on masks.

John Provenzano, a 10-year-old Florida student told "Fox & Friends" on Wednesday that he spoke out against his school district’s mask mandate at a school board meeting because he "wanted to take a stand."

Provenzano, who is in fourth grade at Felix A. Williams Elementary school in Martin County, added that his classmates are "not happy" about the mask requirement either.

He slammed his local school board during a public meeting last week, calling the district’s mask mandate unfair to kids during an emergency session on reopening guidelines. The video of his remarks has since gone viral.

"I wanted to take a stand," he told co-host Brian Kilmeade, adding that his friends at school are "nowhere close to happy" about wearing masks every day. He also said it's "dehumanizing" because he doesn't recognize some of his classmates in masks.

The youngster appealed to the board to end the mandate, claiming that an unmasked teacher has repeatedly ordered him and other students to keep their masks on when they attempt to drink water outside.

"She had her mask down the entire time while she was yelling at us, which makes me and all my friends very mad," he said. "This happens a lot, and it seems unfair that teachers take their masks off while they yell at us kids and that we need to pull ours up. I asked my mom if there is a word for this, and she said there is: ‘hypocrisy.’"

He said extended mask-wearing gave him headaches and made him feel "claustrophobic," and argued that masks often stick to his face in the Florida heat, causing him anxiety and stress.

Following his remarks, the board voted 4-1 to keep masks mandatory for only the 12 remaining days of the current school year. Masks will become optional for summer school students beginning June 1.

Provenzano’s father, Michael, who said he was pulled from that meeting after voicing his opposition to the mask requirement, argued that the school board is "out of touch" as they try to "silence and remove people who don't agree" with them.

"You can't even have an adult conversation with them and give them an opposing view," he continued. "You ask them to be accountable for their decision and they can't."

He said the school district "had the police remove" him from the meeting saying he "trespassed" and now he believes he has been banned from future school board meetings.

He then pointed to data showing that the COVID-19 positivity rate has been low, with no cases in the school in "over 11 weeks."

The board meeting last week was an emergency session to review the district’s COVID-19 protocols, according to the Martin County Schools’ website. The district announced in April that it will return to full in-person learning beginning in the fall.

A district spokeswoman told Fox News on Tuesday that Martin County Schools had been among the first to reopen for in-person learning last August with measures in place to protect the health and safety of students and staff.

She also detailed the district’s reopening guidelines, which recommends vaccines for staff and students over 12, staying home when sick, maintaining clean hand hygiene and optional mask-wearing, among other suggestions.

"Effective June 1, 2021, masks will be optional for all students and staff," she said in a statement. "Although they are part of our risk mitigation strategies, vaccinations are not mandatory."

"Except they can give us masks if you don't have a mask," her son added.

By Talia Kaplan with contributions from Michael Ruiz