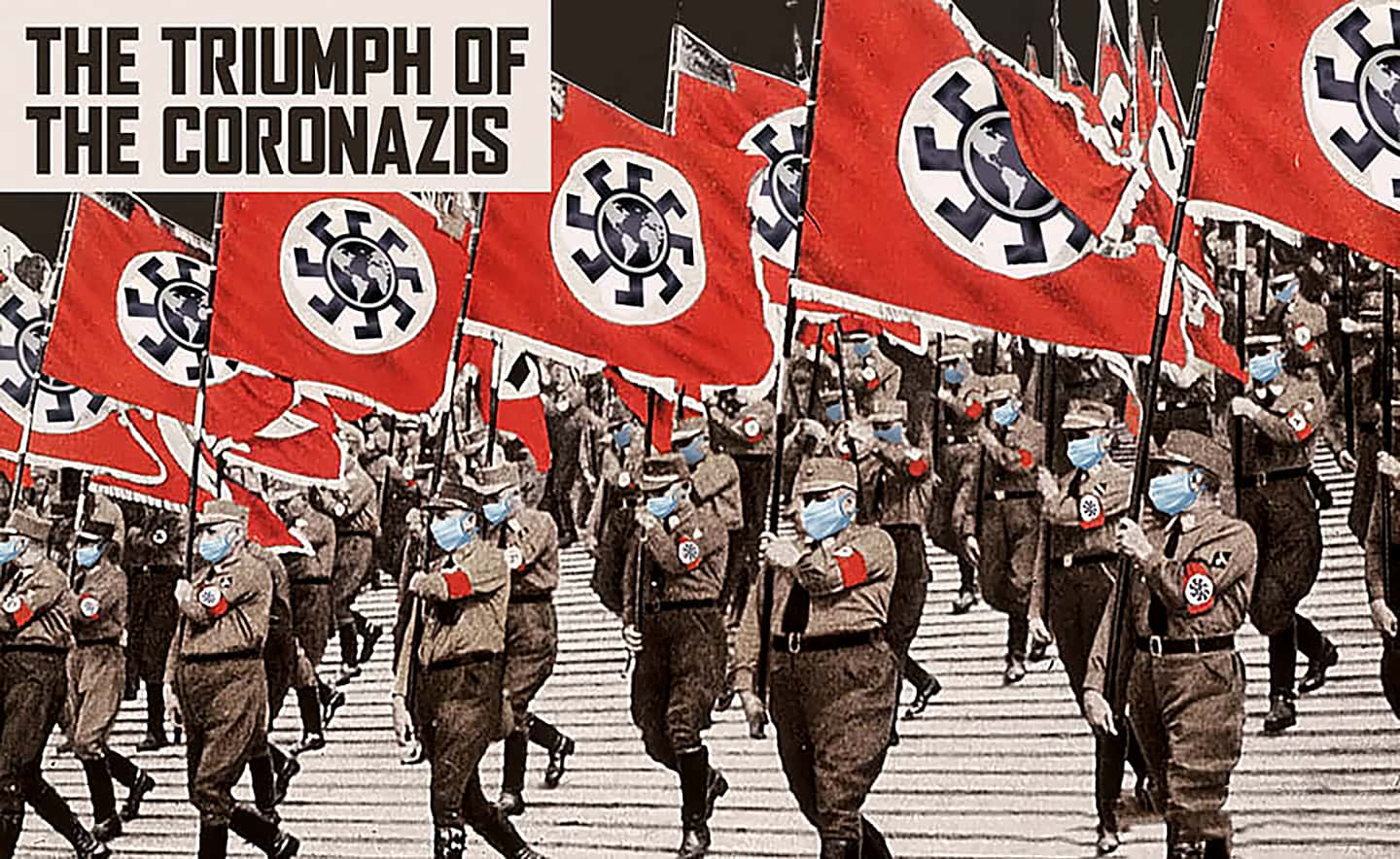 A couple of years ago, three academic pranksters rewrote parts of Hitler's Mein Kampf by replacing the original terminology with modern feminist buzzwords. They succeeded in having their spoof published in some woke academic journals, proving a point that today's radical leftism is of the same nature as Nazism but with hipper buzzwords.

We might as well follow their example by rechanneling Mein Kampf towards extolling the virtues of loyal vaccinated and mask-wearing citizens, while blaming the noncompliant for all the evils of the world. It is not enough to jab yourself and wear five masks outdoors - one must also get involved in government propaganda and become a watchdog and enforcer of government mandates.

A good citizen must hate and despise the unmasked and unvaccinated human garbage. One must report those scoundrels to proper authorities, exposing them to the full wrath of the people's state.

Noncompliance reveals an inferior mindset that is contrary to the goals and methods of the people's state, which makes them enemies of the state. Compliance is a litmus test separating those with a superior set of characteristics from the inferior parasites who are of no use in a future society and must be isolated, locked up, and possibly exterminated for the common good, along with their inferior progeny, with their property redistributed among the superior vaccinated citizens.

But since writing such a spoof would be extremely distressful, I'd rather use Photoshop to the same end.