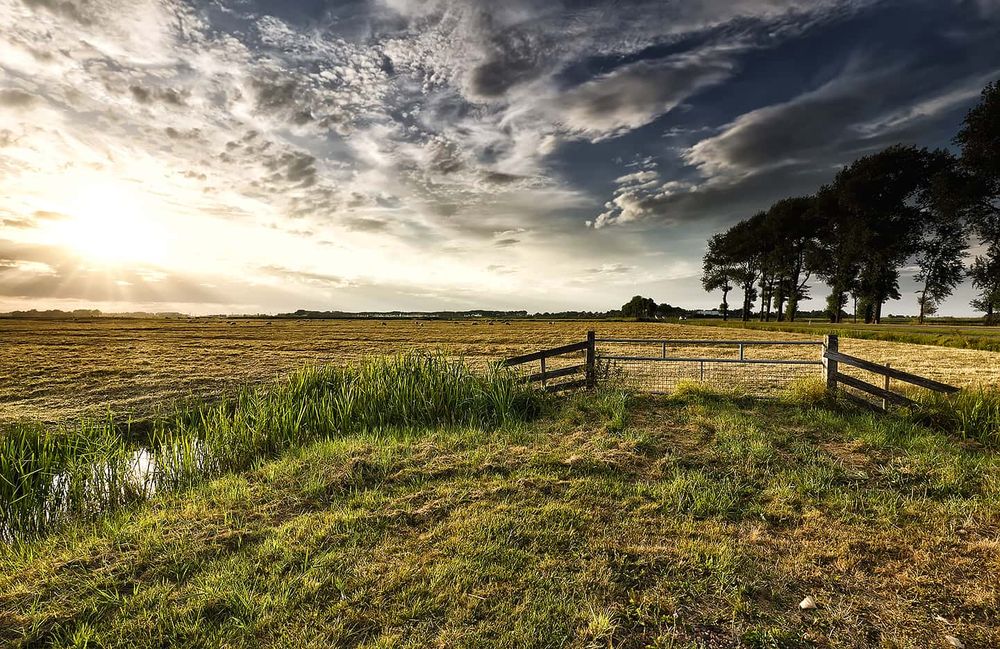 The government of the Netherlands has announced plans to force the sale and closure of 3,000 farms in order to meet strict new environmental guidelines put in place by the European Union.

Although the purchases will apparently be made on generous terms of up to 120 percent of the farms’ value, the Dutch government has already made clear that purchases will be mandated, if required.

“There is no better offer coming,” Christianne van der Wal – Minister for Nature and Nitrogen – told Dutch Members of Parliament last week. Compulsory purchases would be made with “pain in the heart”, the government claimed.

Dutch farmers have been in revolt for years over the government’s plans to ostensibly reduce the country’s nitrogen emissions, in line with EU rules. Their ongoing protests have involved blocking highways, burning hay bales, dumping manure, and picketing outside ministers’ homes.

The Netherlands is the second largest exporter of agriculture in the world after the United States, exporting $111 billion of produce in 2017. A law passed by the Dutch Council of State in 2019 has meant that every activity that emits nitrogen now requires a permit. This has prevented the expansion of dairy, poultry and pig farms, which produce large quantities of nitrogen from animal manure, in the form of ammonia. It has also led to delays in the building of new homes and roads in the country.

The new plans are part of a broader scheme within the EU to protect fragile ecosystems from nitrogen pollution.

Nitrogen pollution, whether from farming or the burning of fossil fuels, is a legitimate threat to biodiversity. Because nitrogen is soluble, it readily finds its way into rivers and other bodies of water, where it encourages certain plants to out-compete more sensitive varieties. So-called algal blooms end up choking water courses and killing fish, with knock-on effects for other plant and animal species in the environment.

In May 2019, the Dutch Council of State ruled the country’s strategy for reducing excess nitrogen was in breach of EU regulations, and the method for calculating levels of nitrogen being released was unsuitable.

This has led to a new policies, including that every single activity which leads to nitrogen being produced – whether the building of a new house, or road, or even just farming – must now have a permit to do so. These policies have led to a slew of changes.

Many thousands of construction projects have now been placed on hold, and the speed limit of all roads has been reduced to 62MPH during the day. Plans have also been drawn up to reduce the size of the overall farming sector, and even to reduce the amount of protein in animal feed so that the manure produced would be less polluting.

The government also appointed the aforementioned and new Minister for Nature and Nitrogen, van der Wal, who published an outline of her new policies on nitrogen reduction this April. She made it clear that emissions reductions pursued would be “voluntary where possible,” but “mandatory where that is not possible.”

The government now aims to cut nitrogen emissions by 50 percent by 2030, and to ensure that 75 percent of all “Natura 2000 areas” – places designated ecologically sensitive by the EU – should be back at a “healthy level” by that date as well.

Unsurprisingly, the measures have faced strong pushback from Dutch farmers who fear their livelihoods will be destroyed. They argue they are being singled out as polluters while other sectors such as aviation are not. Now, it seems, their worst fears are materializing, with near 10 percent of the nation’s farms at risk of closure by a government in pursuit of climate change friendly policies.

The government also wants to draw up a long-term, centralized agriculture plan for the country, with the assistance of environmental groups and local governments. A nitrogen tax is already being mooted to encourage “more sustainable practices.”

Although these recent measures are being enacted in the name of environmental protection, it’s hard not to ask whether something else is going on. Once again, we see small farmers being driven out of business. But food must still be produced – and it will be, just by much larger corporate players which can afford to comply with whatever measures governments may enact.

The corporatization of agriculture is a trend especially pronounced in the United States, where mega players like JBS and Tyson already have a stranglehold over agriculture. It is also an increasingly global phenomenon.

The U.S. corn subsidy system – initially created to protect domestic producers when the European agricultural system recovered after World War I – has become a series of massive taxpayer-funded kickbacks for a handful of corporations that now control the grain supply. Critics of the system – like writer Michael Pollan, author of The Omnivore’s Dilemma – have noted how the corporate industrial system of agriculture is an essential prop of America’s military-industrial complex, with huge implications at home and abroad.

The Dutch small farmers themselves are well aware of the fact that their loss is the corporations’ gain. Many of the farmers have explicitly framed their protests as protests against the Great Reset, as have their political supporters in the Netherlands and abroad. In July, Dutch commentator Eva Vlaardingerbroek appeared on Tonight with Tucker Carlson to discuss the farmers’ protests, explicitly linking them to the World Economic Forum’s “Great Reset.

Naturally, the corporate media has been quick to dismiss such notions as “a conspiracy theory” – and a “white-supremacist” one at that. Here’s how Salon described them:

“According to those narratives, the new regulations are part of a globalist “Great Reset” intent on imposing liberal authoritarianism across the world. Global elites, in this view, are orchestrating a food crisis in order to subdue unruly populations, and Dutch farmers will be displaced to make room for new immigrants, in a literal recapitulation of the “great replacement” conspiracy theory shared by European and American white supremacists.”

The truth is that the Great Reset, and the plan to transform global food production and consumption in the coming decades, is neither a conspiracy, nor a theory.

Nothing about this vision of a world transformed by a new commitment to “stakeholder capitalism” is hidden from the public: all you have to do is look. The Great Reset slogan, “build back better”, has been on the lips of every president, prime minister, prince, and philanthropist you could care to mention over the last three years; the “Build Back Better Act” was one of the U.S. President Joe Biden administration’s flagship bills. The World Economic Forum is a partner with the world’s largest food-producing corporations, including Cargill, Danone, and Unilever, all of which are in the process of bringing their immense operations into line with the Great Reset vision.

My new book, The Eggs Benedict Option, is built entirely on published statements by prominent globalists about what must be done to transform agriculture in the name of saving the planet from climate change and feeding an increased global population of 10 billion.

The world must adopt a “sustainable” plant-based diet (“the Planetary Health Diet”, created by a partner of the World Economic Forum), meaning that all animal agriculture must be abandoned and instead we must rely on new technology, especially genetic engineering, to produce enough crops to feed everybody in the world. Alternative protein sources, including so-called plant-based meat, cultured meat, and insects are also central to this dietary transformation.

These changes will only enhance the corporatization of agriculture, since corporations will be the ones to produce these new modified crops and protein sources and they will own the patents to do so. In countries like India, the widespread use of genetically modified seeds has been a disaster for small farmers, who are committing suicide in record numbers over indebtedness to seed manufacturers like Monsanto (now owned by Bayer), and the failure of these products to provide the benefits promised.

The real question here, then, is not whether or not the destruction of small farmers will serve the interests of corporate players, or whether this process is accelerating, but why we must still pretend these things aren’t happening, when every globalist and his aunt is telling us they are and will. 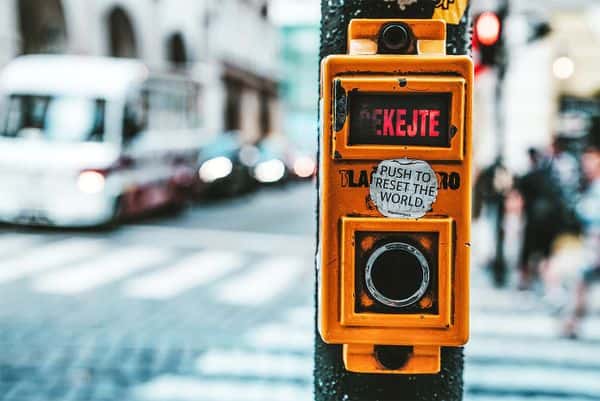 What Is Coming Down The Pipe: The Cyber Pandemic 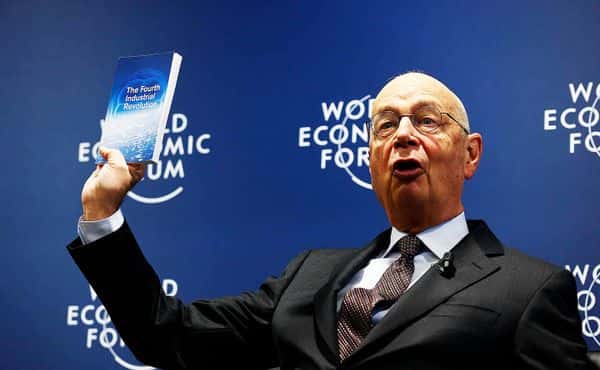 A Timeline of “The Great Reset” Agenda 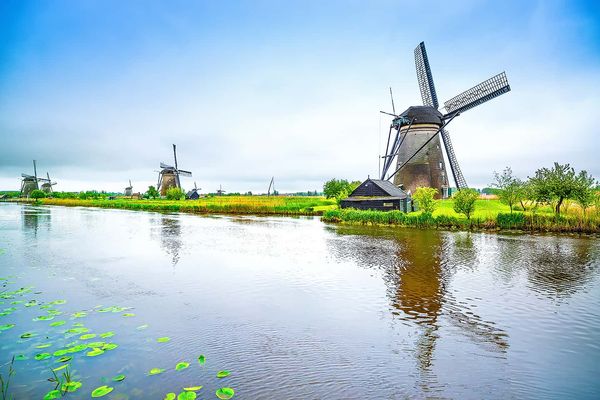