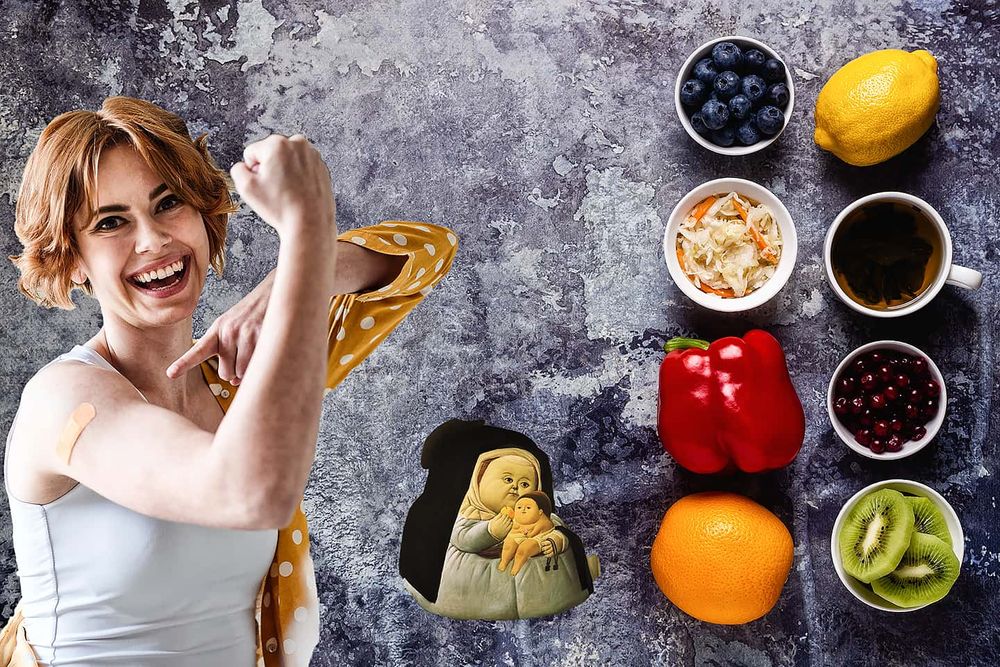 Natural immunity is a long-held reality of the human body.

Ever since disease came into this world, humans have battled it using the anatomical systems created for such purposes. This has played a significant role in our survival for millennia. But now, when it is politically convenient, there are certain people attempting to eradicate even so much as the idea that natural immunity exists.

Our immune system is an incredible thing. Each time we contract an illness, it kicks into gear like an army going into battle. It sends out soldiers to determine what foreign entity has entered the body and attempts to contain and destroy whatever it finds. In the process, the immune system analyses the foreign body and creates antibodies to aid in the eradication both the current infection and a future invader.

To get a little more specific, take a virus like influenza. When a person is infected with the flu, the virus enters their body and begins to find cells it can invade and overtake. Once the virus has entered a healthy human cell, it hijacks it and begins to use the cell’s own reproductive mechanism to multiply and create more of the virus. When this occurs, the immune system’s white blood cells, which your body produces to recognise anything that is not normally part of you, detects the pathogen. It is important to mention here that all cells and microorganisms have individual protein markers that our bodies recognise as ‘self’ or ‘non-self.’ These markers, known as antigens, enable the white blood cells to determine what should not be in your body and attack it to keep you healthy – in this case, the influenza virus.

There are two types of white blood cells – T cells and B cells. In an attempt to keep this as easy to understand as possible, T cells circulate in the blood and lymph systems, while B cells are concentrated in the lymph nodes (these may be swollen and painful at times when you have an infection) and the spleen. These are also known as ‘memory cells’ as they can remember the pathogen if it enters the body again and destroy it before it is able to multiply and make you sick. There are several different types of T and B cells, however, we will avoid going into too much detail.

What you need to know is the following: while T cells circulate to detect pathogens and work together to fight them, a type of B cell called a ‘differentiated B cell’ (or plasma cell) produces antibodies for the virus that has entered your system. These antibodies bind to antigens and ‘tag’ them, marking them for destruction by the appropriate T cells. The virus is subsequently destroyed and you are returned to good health.

After defeating the virus, the memory T remain in circulation and in the lymph system for long-term immunity, while the memory B cells do the same by residing in the lymph nodes. If the virus is to return, these cells will recognise it quickly and eliminate it before it can cause any issues.

During the process described above, an individual will often feel sick, and may experience a range of symptoms which differ depending on the virus they have been infected with. When your immune system is working to destroy the virus that has invaded your body, it can be taxing and so it is important that you rest and take care of yourself so that your body can continue to function well and your immune system can work to the best of its ability.

The ability for the body to produce memory cells is what allows for natural immunity to occur. Given that the memory cells last for a long period of time, antibodies can be produced quickly each time an individual is subsequently infected by the same virus. It is indeed a marvellous system.

It does, however, have one fatal flaw – at least in the eyes of Big Pharma. It is not profitable. There is no money to be made in natural immunity because it is a part of us that we are born with and do not have to pay a subscription for.

And that is why companies who thrive on medicating people see natural immunity as a significant problem that must be dealt with accordingly.

The solution? Convince the masses natural immunity does not exist, or, if that fails, play down its efficiency. This is what politicians, bureaucrats, so-called ‘experts,’ and scientists (who should know better) have been attempting to do throughout the Covid era.

To ensure the protection of their own pecuniary interests, these people have pushed vaccines as the only way out of the pandemic. Never mind that Covid vaccines do not prevent you from getting the virus, spreading it to others, or becoming sick.

They are denying the effectiveness of natural immunity against disease by claiming it only lasts for a short period of time against Covid, and telling people to get the vaccine even if they have already had the virus. This is completely unnecessary. Vaccine-induced antibodies are temporary. This is evident in that the vaccines only provide immunity for a few months, which is a pretty poor effort for what is supposed to be an ‘effective’ vaccine.

Generally, if a vaccine is effective, you do not need a ‘booster’ every three months. This booster schedule is not only absurd, but also likely dangerous. Even the European Union’s drug regulator, the European Medicines Agency (EMA), have stated as much. The EMA’s head of vaccines strategy, Marco Cavaleri, said that ‘repeat vaccinations within short intervals will not represent a sustainable long term strategy’ and that if we give them frequently, even every four months, ‘we will end up potentially having problems with immune response and immune response may end up not being as good as we would like it to be, so we should be careful in not overloading the immune system with repeated immunisation.’ Constant boosters could easily do more harm than good to the immune system and render an individual more susceptible to disease.

Natural immunity is real, and it works. The US Centre for Disease Control (CDC) had to admit that natural immunity was six times more effective than vaccines when it came to the Delta variant. With more people contracting Omicron, it stands to reason that there will be a greater saturation of the population with natural immunity, which could actually put an end to the virus.

But that would not be politically nor financially convenient for the big players. When the virus recedes into obscurity, so does their source of fear-inducement, power, and profit. Our governments have already signed contracts with vaccine companies like Pfizer for millions of vaccines, and they cannot return them and get our money back. With two hundred million plus vaccines on standby for a population of twenty-five million, it stands to reason they will continue to push booster after booster. And the denial of natural immunity will persist.

‘These “experts” lend credibility to the politically correct regime, not by furnishing it with facts, but by redefining scientific terms to better accord with the dictates of progress. Calls for more modest regulations in the pursuit of herd immunity threatened the radicals’ plans for cultural transformation, which benefited from the massive transfer of wealth and power brought about by the lockdowns.’

That transfer of wealth has been from the lower and middle class to big corporations and Big Pharma. It is one of the main reasons natural immunity is admonished and vaccines hailed.

Our immune systems have enabled us to survive for millennia, and they are not going to stop just because a bunch of greedy, power-hungry elites say so.

Joel Agius is an independent writer. If you would like to read more of his work, you can do so at JJ’s Outlook