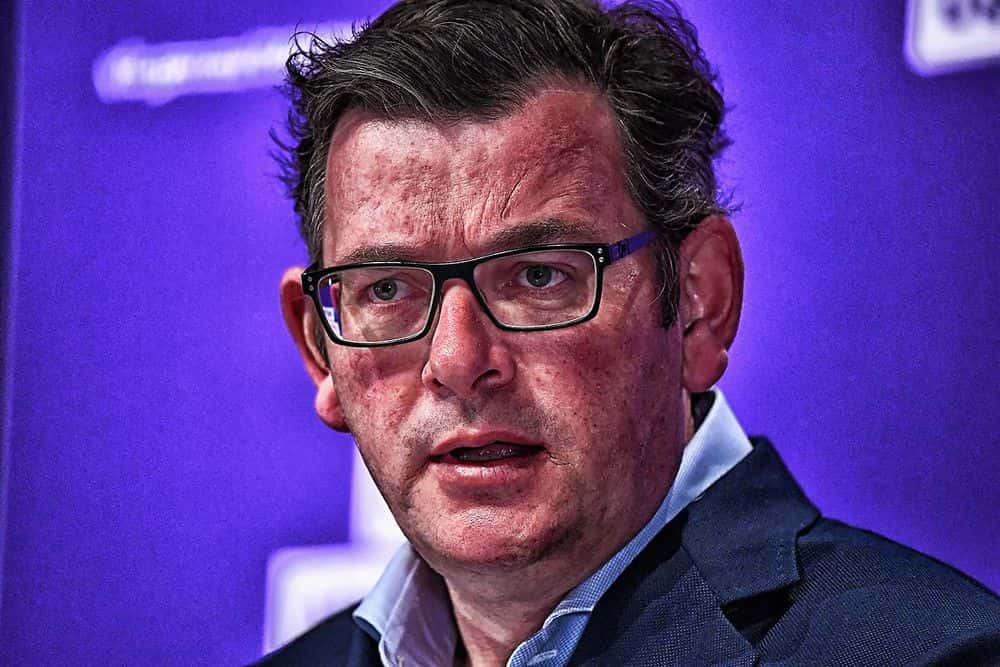 Thousands of protesters have taken to the streets of Melbourne's CBD for a second week in a row to rally against vaccine mandates and the state's new pandemic laws.

Thousands of protesters have taken to the streets of Melbourne's CBD for a second week in a row to rally against vaccine mandates and the state's new pandemic laws.

Thousands of protesters have swarmed the streets of Melbourne's CBD to rally against Victoria's new pandemic laws and vaccine mandates being imposed by the state government.

Protesters gathered outside the state library on Saturday morning before moving to state parliament on Spring Street for the second week in a row in demonstrations against the Andrews government.

Police were called to the area early on, with officers working to ensure the protests remained peaceful.

"Police are aware of protest activity planned in Melbourne on Saturday. There will be a highly visible police presence to ensure there are no breaches of the peace and the community is safe," Victoria Police said in a statement.

Protesters carried signs including 'kill the bill' as they also called on Premier Daniel Andrews to resign.

The Andrews Government's Pandemic Management Bill would give the Premier the power to declare a pandemic and extend it in three-month blocks, while bestowing upon the Health Minister unparalleled scope to enforce controversial public health orders.

The bill passed the lower house last week and it will now head to the Victorian upper house where it needs 21 votes to be passed.

The Andrews government has 17 seats in the chamber and is believed to have the support of the Greens, the Animal Justice Party and the Reason Party - all of which have one seat each.

Victorian Opposition Leader Matthew Guy has vehemently opposed the bill declaring he would immediately repeal it should he be elected next November.

"I give an absolute guarantee: when we come back to government in this state, we will repeal this law because it is fundamentally right to do so," Mr Guy said in parliament.

"You'd hope that governments would be stepping back and saying, 'how can we learn from this so that in similar situations we don't unnecessarily confine the ability of individuals to live their lives'," Ms Stoker told Sky News Australia’s Catherine McGregor.

"Instead in Victoria, the Andrews Government has doubled down on draconian pandemic powers and has put forward a bill that has gone through their lower house.

"It would give that government the power to confine the liberties of any individual or any group based on any attribute."

A statement from the Premier last week said the laws will "introduce greater transparency and accountability around decision-making".

Meanwhile, the state government has previously announced authorised workers must be fully vaccinated by November 26.

Mr Andrews has also warned unvaccinated Victorians will be subject to COVID-19 restrictions "well into 2022".