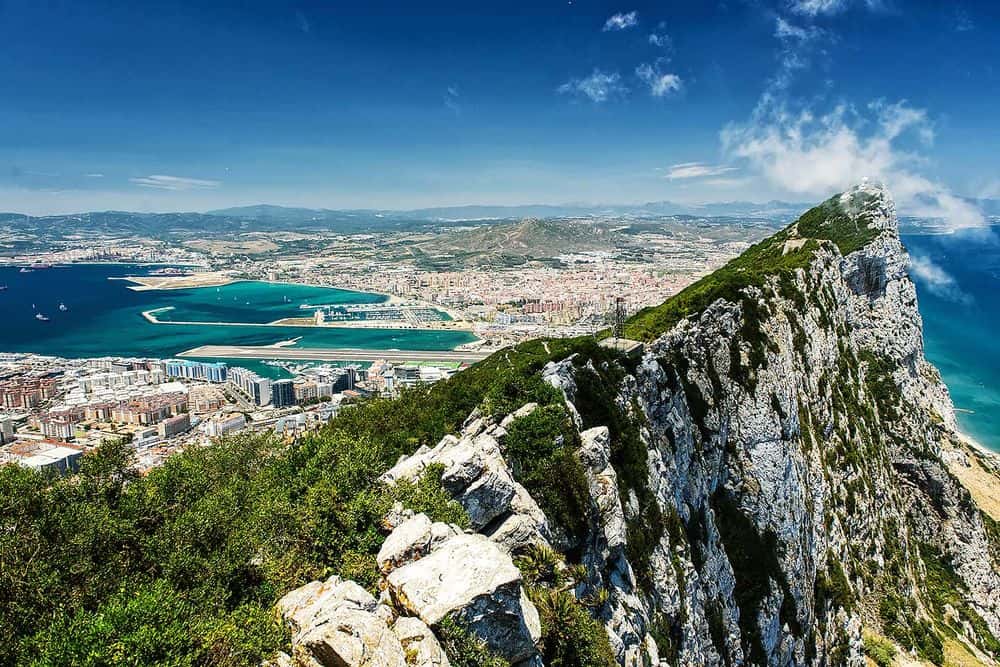 Recently, I wrote about the fact that Iceland is nigh totally vaxxed out, and yet continuing to get positive coronavirus tests and is thus talking about a 15 year plan to fight the alleged disease.

Obviously, this is the plan for the world – to eventually say that the vaxx didn’t work at all.

Of course, I said this before the vaxx was ever released – I said they would just come up with a new variant to explain why it doesn’t work, and why you have to stay locked down.

If that wasn’t the plan, how did I know? Am I a scientific genius, who predicted the development of a virus better than all of these government experts?

Did I just guess?

Which is more likely?

How did he predict that? Is he a virus expert? Was he just guessing?

This is all ridiculous. Myself and others said every step of this process, and it all came true exactly as we said it.

Along with Iceland, the small island nation of Gibraltar is another place that is totally vaxxed to hell – classified by the WHO as “fully vaxxed” – and is now implementing more measures to fight the spread.

This is not just Anthony Fauci and the government that is lying about this, but the entire media. There is no possible way to argue that something other than this will happen in every country, so they’re just hoping you don’t notice.

They plan on telling you that the vaxx doesn’t work soon, but they apparently expected that more people would take the vaxx.

Now they’re caught between these two different narratives – saying that everyone must take the vaccine, but at the same time, beginning to admit that it doesn’t actually work.

This is called a “narrative glitch.”

It is glitching out, bad.

If this media narrative was a video game, it would be Cyberpunk 2077 on release day.

Anyway, they don’t care it’s glitching out, because people have already bought into this, and it would be humiliating to have submitted yourself to this system, to have worn the mask, lost your business, destroying your family, taken the deadly vaxx – and then have to say “oh, darn – looks like the whole thing was a total hoax!”

In April of 2020, after “two weeks to flatten the curve” was extended into an indefinite period of lockdown, I told you that it would not ever end.

To this day, many readers still don’t seem to understand what “never end” means. It means that as long as this system exists, you will be subjected to this virus hoax. There is no way out of that, and there hasn’t been any way out of that since people agreed to stay in their houses indefinitely.

As we here at Hoax Watch try to reach a level of understanding of this situation among the readership, I think it is now fair to start with “every Western country is working from the same playbook.” Anyone who denies that at this point is too far gone to be worth trying to convince of anything at this point.

So, accepting that every country is working from the same playbook, let us look then to Iceland.

This, of course, is what I told you would happen.

When I say “I told you this would happen,” I am not trying to say “oh hey, wow, look at me, I predicted this.” The point I am making is very simple: I knew what would happen because I understood that there was a plan, and I knew what the plan was.

How else could I have possibly predicted everything that happened in the way that I did? Do you think it was just a lucky guess? Because that is the only other possible option I can think of, and I do not think that guessing every single stage of this process in such specific detail would be statistically possible.

The vaccine was never designed to work. It was designed to get you to agree to submit your body to this global agenda, and it was designed to serve as a platform for launching the next phase of control, which is this QR code “vaccine passport” system which we are now seeing implemented across Europe. (There may also be some kind of larger genetic engineering agenda, but we don’t really understand that as of yet.)

Let me just go ahead and make some magical guesses:

There are still many things that we don’t know, of course.

Here’s another thing we know as a matter of absolute fact: none of this can be fixed.

The entire system is doomed. It has been abandoned by God, and nothing can save it now. Therefore, the only thing that anyone can do is attempt to avoid being destroyed by it. The basic practical thing that I have recommended is to move out of the cities. Anyone who has not already done that is truly in a state of denial and total self-delusion, and they are likely to suffer very extreme consequences for that decision.

When I started this website in 2013, we would talk about the coming doom, but we would say: “people will have a warning.” Well, you’ve already been given the warning. No one will ever present any argument as to how this situation is not going to rapidly spiral into something darker than any nightmare in the very near future. We all know in our bones that the storm is coming, even if our brains are capable of coming up with some ridiculous explanation as to how it’s all going to be okay.

I promise you: it is not going to be okay.

It’s time to be an adult and make adult decisions about what you are going to do to protect yourself from what is coming.