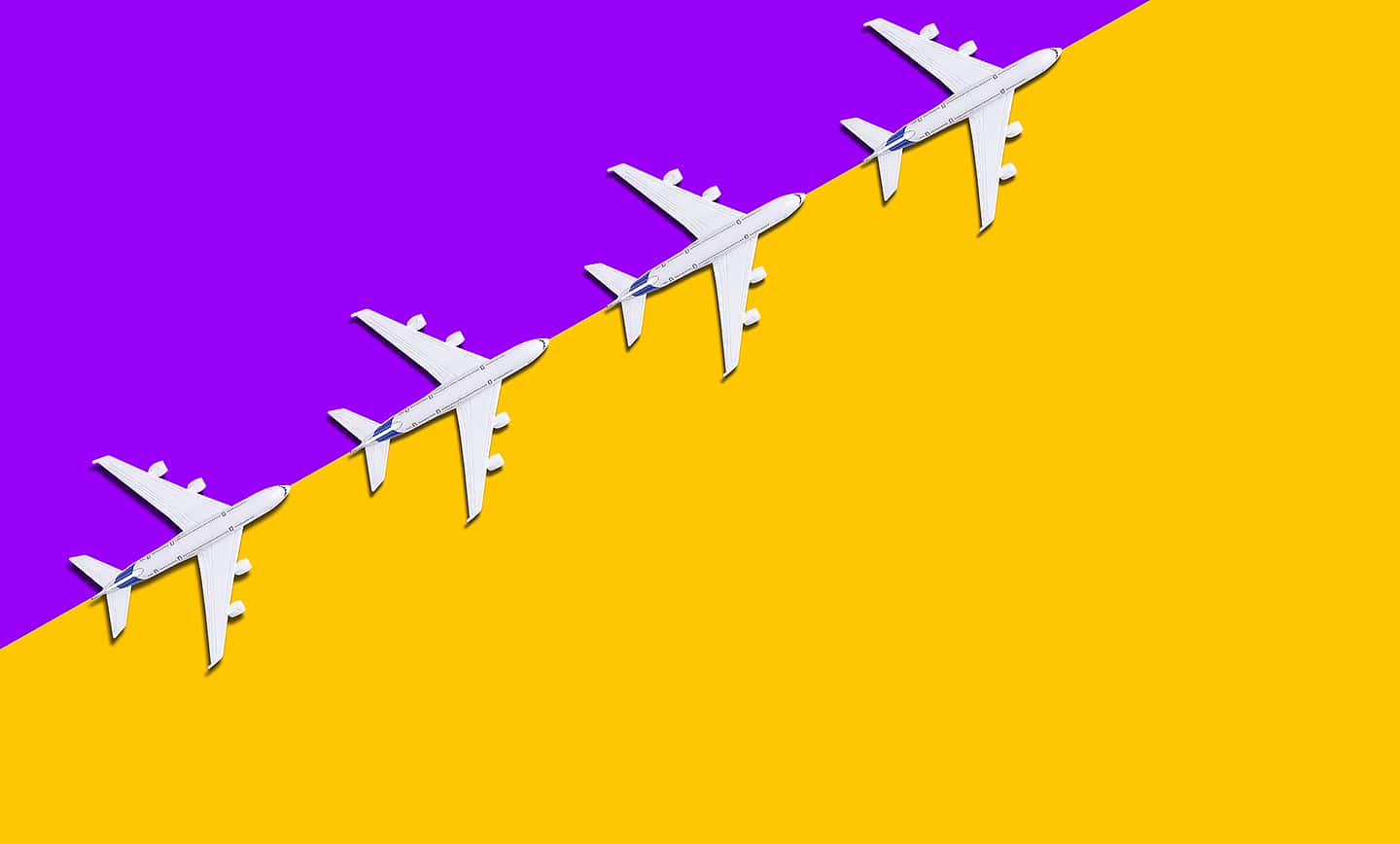 Finally, lockdown is over.

You have been waiting for this moment for months on end. You are tired of being isolated in your home, confined to this structure that you desperately want to escape.

Finally, lockdown is over.

You can venture back out into the world. You are elated at the thought of travelling to a destination in your own country for a holiday, or even just to see family that you have not been able to spend time with for far too long. You plan your trip, book the flights, pack your bags, make your way to the airport, and board the plane. You spend an hour or a few in the air, then the plane descends and lands.

After what has seemed like years, you are finally in another state.

But just as you are getting excited, disaster strikes. A fellow passenger has tested positive to a virus that most people recover from. Unfortunately, you travelled to a state with a premier who despises logic – preferring hysteria instead. That means you have just bought yourself a one-way ticket to a 14-day quarantine. You are right back where you started. Worse yet, you will be spending Christmas alone in a hotel room.

Welcome to the holiday from hell.

On Wednesday, a plane full of interstate travellers flew from New South Wales to Queensland after the Sunshine State opened its borders under strict restrictions. A subsequent flight took some of these commuters from Brisbane to Townsville. Upon arrival, it was discovered that a passenger on both flights returned a positive Covid test. Being a completely rational individual (sarcasm, of course), Premier Annastacia Palaszczuk and her government decreed that all who travelled on the two flights were classified as ‘close contacts’ and must undergo two weeks quarantine.

Don’t mind the fact that everyone onboard was fully vaccinated. It is, after all, a requirement to enter the state.

When word got out about this absolute shambles, there was major backlash. Among those who were highly critical of the Queensland government’s decision were journalists, politicians, political commentators, and some celebrities. Even the national broadcaster voiced concern, with the ABC’s Leigh Sales tweeting:

‘Flights have been going between NSW and Vic for months – has there been a single superspreader event on a flight relating to a covid case? What is the basis of Qld locking up planeloads of vaccinated people for Christmas without warning or precedent?’

When you are a Labor government and the ABC is questioning your actions, you know something has gone horribly wrong.

Others perturbed by the call included Sky News Australia host and 2GB presenter, Chris Smith, who said on Twitter that he was ‘done with Queensland’ and told people to cancel any holiday plans they had for the state ‘because if there’s a Covid passenger on your plane you’ll be treated like the unvaccinated.’

The irony in Smith complaining is that he played a part in creating the mass hysteria that led to ridiculous decisions such as this. Tragically, Smith failed to notice the undue discrimination against unvaccinated people highlighted in his tweet.

And then there was Scott Morrison.

Upon hearing of the state government’s determination that the passengers be quarantined for two weeks over the Christmas period, the Prime Minister expressed his dismay, urging the Palaszczuk government to find a way to allow these travellers to spend Christmas with their families.

Just hours later, the government demonstrated that they had clearly been taking lessons in gymnastics throughout the lockdown period, pulling off a back-flip – albeit one with a wobbly landing. Instead of forcing all passengers into quarantine, only those sitting ‘near’ the Covid positive passenger would need to do so.

While the backlash may have contributed in some part to the change, there was a more significant factor that likely pushed it over the edge.

As soon as this realisation dawned upon Palaszczuk and her government, they rushed to find a way to justify allowing certain public figures to skip out on quarantine.

The solution was to change the definition of ‘close contact’. The bulk of the passengers were reclassified as ‘casual contacts’ who would only be required to isolate until they returned a negative result. The rule change meant only those sitting in the two rows in front, behind, and across from a confirmed case were sent into quarantine.

In addition, Scott Morrison himself has been permitted entry into Queensland despite being a casual contact of an individual who tested positive to the virus at a high school graduation in Sydney. Queensland Health and Chief Health Officer John Gerrard gave him the all clear – a privilege that likely would not have been afforded to a regular Australian citizen.

The change to accommodate politicians and notable public figures is of little surprise. Hypocrisy and double standards run rife like a disease throughout governments, both state and federal. The only effective treatment is to vote them out.

Queensland has done this before and will no doubt do it again. But they are not the only state making the holiday period hellish for Australians who want to travel around the country. Western Australia is even worse.

Premier Mark McGowan is refusing entry to practically everyone and is unwilling to open his state’s border until at least February 5, 2022. Even then, it will be limited. Only fully vaccinated people will be permitted entry without conditions. Unvaccinated international individuals can travel to the state, but will have to enter hotel quarantine upon arrival with only a small number of spots available.

This comes after McGowan has cruelly denied entry to Australians who wish to spend Christmas with their families. Even more heartless was the refusal of entry to the parents of a young man who tragically died in the state to identify the body. As if to mock these poor people, the only exemption to the absurd border rules was granted to Santa Claus. Maybe he can pass it on as a Christmas gift.

The disturbing and practically laughable reality in this nation highlighted by nonsensical border restrictions is that it is now easier for Australians to travel overseas than to another state in our own country. At this point, who would really want to travel to Queensland or Western Australia when entry is highly conditional? You would be better off taking a trip to another nation – one that is not being torn to shreds by power-tripping politicians.

The reckless behaviour of state Premiers like Palaszczuk and McGowan is only going to do more damage to their tourism industries. It would be unsurprising, yet entirely predictable, if one or both of them demand more money from the federal government to help prop up tourism in their respective states. Palaszczuk did so after playing games with the border previously. It stands to reason she will do it again.

The ridiculous rules set forth by ‘leaders’ who seem to have a superiority complex (for McGowan, it’s more of a dictator complex) make Australia look terrible in the eyes of the world. They are downright embarrassing and clearly illustrate that this nation is not yet truly free, no matter the lifting of restrictions in some states.

Australians may be on holidays, but they have nowhere to go.

Joel Agius is an independent writer. If you would like to read more of his work, you can do so at JJ’s Outlook.