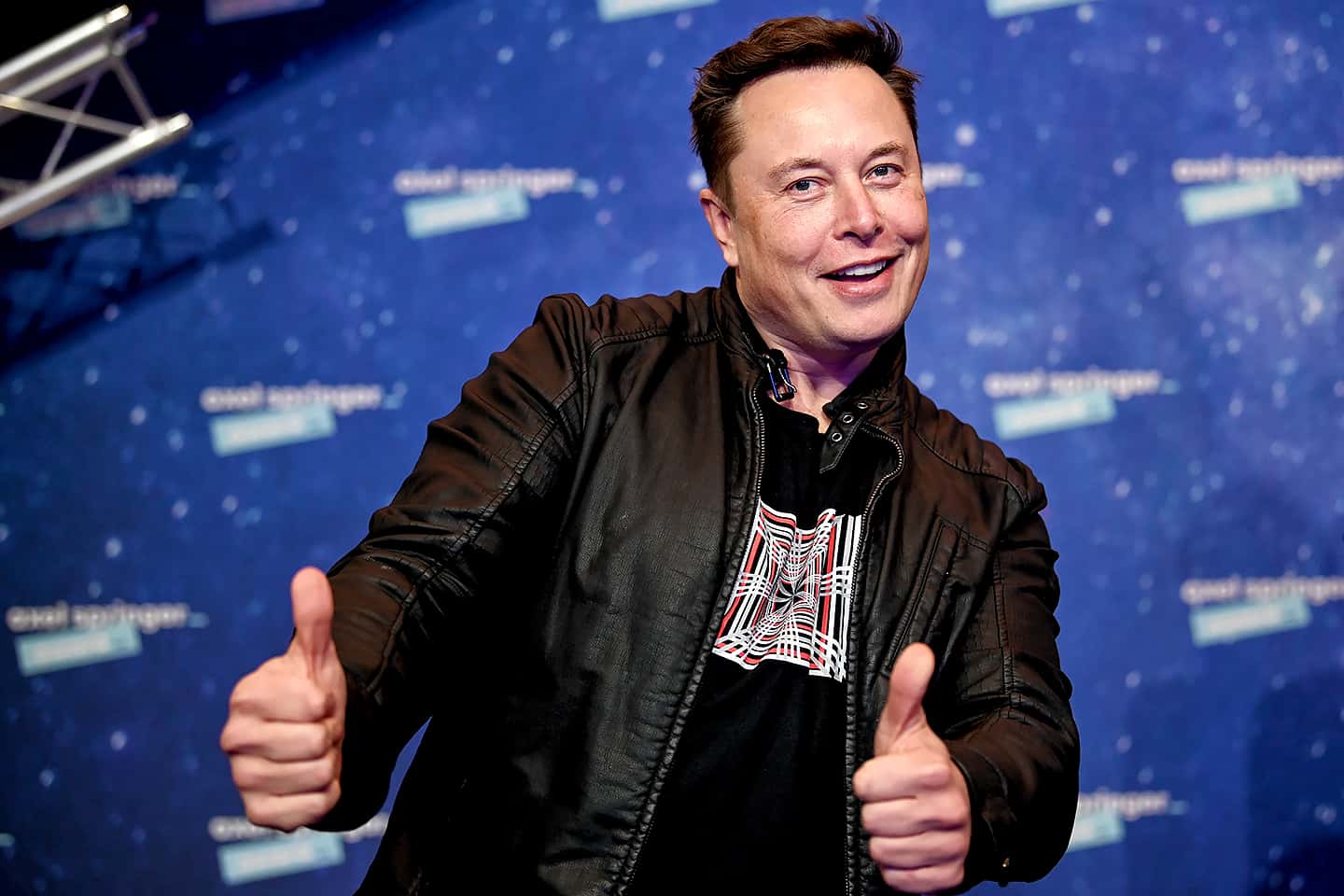 Employees at Twitter are reportedly “super stressed” and struggling to cope after hearing of Musk’s multi-billion dollar buy.

Elon Musk’s looming battle with Twitter’s board is a source of major anxiety for company employees – many of whom are reportedly worried that billionaire’s campaign to force changes is just beginning.

Musk’s surprise rejection of a Twitter board seat emerged ahead of a scheduled “day of rest” for company employees, according to a report.

Twitter CEO Parag Agrawal broke the news on his account the previous night, describing Musk’s decision as “for the best” even as he warned workers they would face “distractions ahead,” Bloomberg reported late Monday.

The uncertainty left Twitter workers feeling “super stressed” about the future, with employees reportedly “working together to help each other get through the week”, the New York Post reports.

The report cited interviews with Twitter employees who asked not to be identified while discussing the company’s inner workings. Several employees told the outlet that Twitter’s internal environment was a “s**t-show” after Musk’s deal with the board fell through.

One Twitter employee griped that Musk was likely “just getting started” with pushing for change at the company – a development the worker described as “unfortunate,” according to Bloomberg.

Musk has emerged as a vocal critic of Twitter’s business practices, taking particular umbrage with the platform’s content moderation policies. He’s also the company’s largest individual shareholder after acquiring a 9 per cent stake earlier this month.

Under the terms of his initial agreement with Twitter, Musk would have received a board seat through at least 2024 and would be barred from acquiring more than 14.9% of the company. Without that deal in place, Musk is free to acquire a larger stake in the company and push for greater influence over its operations.

Musk updated an SEC filing on his Twitter holdings with language that suggests he plans to stay active in the company’s dealings, despite his expanding business empire that includes Tesla and SpaceX.

The amended filing said Musk “may express his views to the Board and/or members of the Issuer’s management team and/or the public through social media or other channels with respect to the Issuer’s business, products and service offerings.”

As The Post reported, a Twitter representative said the company’s planned “ask me anything” town hall with Musk – set up to address concerns among company employees about his involvement – was likely “not happening anymore.”

At present, Musk’s exact plans for Twitter’s future are unclear. One prominent analyst suggested his about-face on a board seat would tee up a “Game of Thrones”-style battle for control of the social media platform.

“Elon Musk seems to be our last hope.”

Pointing to Musk’s intimations that he will crack down on censorship on the platform, Carlson urged that “A free Twitter would mean an open debate about ideas on the single most important incubator of elite opinion in the world.”

He added, “It would mean a return to free and fair elections in the United States. A system in which both sides are allowed to make their case to the public and then the public can decide, it’s called democracy.”

“And above all, a free Twitter would mean a direct challenge to the people in charge of our country’s institutions, many of whom are incompetent,” Carlson added.

“The point of censorship always, and everywhere, is to protect entrenched power,” Carlson continued, adding That’s why it’s the powerful who impose censorship for their own benefit. And that’s exactly why illegitimate regimes fight so hard to control information through censorship, that’s their main concern.”

He further asserted, “Why are they so determined to keep you from talking? Because they know your talking is the threat to their power.”

“Now it’s hard to believe that the world’s richest man is the only person who could fix this,” Carlson declared, noting “Elon Musk seems to be our last hope.”

As we noted earlier this week, Musk has done a complete u-turn on joining the Twitter board, signalling that he may be readying a more complete takeover of the company, after buying an initial 9 percent stake.

Bloomberg reports that “the vibe” at Twitter’s corporate headquarters is now “super stressed,” with woke employees “working together to help each other get through the week.”

Musk has secured a loan.

Elon Musk is preparing to launch a tender offer for Twitter after the company ignored his acquisition offer and bid to turn Twitter into a free speech platform.

In newly-filed disclosures, Musk says he had backing for his $46.5 billion takeover attempt. A tender offer is a bid to purchase some or all of shareholders’ stock in a corporation. Shareholders will be invited directly to sell their shares for a set price.

We obtained a copy of the filing for you here.

The funding for Musk’s purchase, according to the filing, has been through two debt commitment letters from Morgan Stanley Senior Funding to provide a loan worth $25.5 billion.

The rest will be secured by Musk directly.

Musk recently purchased a 9% stake in Twitter and made an offer to take the company private earlier this month. The board ignored Musk’s offer, according to the filing, by offering no formal response through the usual channels.

The Twitter board, who are mostly people that have no significant shares in the company, took a poison pill approach in an attempt to stop Musk from acquiring the company and implementing freedom of expression.

In a TED Conference last week, Elon Musk discussed his views on free speech and his $43 billion bid to buy Twitter. He said he had a “Plan B” if his bid was refused, but did not get into details.

The free speech advocate and world richest person said: “So it is just really important that people have the reality and the perception that they are able to speak freely within the bounds of the law.”

Musk also suggested that free speech should be regulated by governments, not platforms. He added that platforms should be transparent about their content moderation algorithms.

“Any changes to people’s tweets — if they’re emphasized or de-emphasized — that action should be made apparent,” he said. “So anyone can see that that action has been taken so there’s no sort of behind-the-scenes manipulation, either algorithmically or manually.”

Asked whether he had a plan B should Twitter refuse his bid, he responded, “There is.”

Musk also insisted that his motivation to buy Twitter was not financial.

“My strong intuitive sense is that having a public platform that is maximally trusted and broadly inclusive is extremely important to the future of civilization,” he said. “I don’t care about the economics at all.”

SOME OF MUSK’S INSTITUTIONAL SPONSORS ARE HARDLY CONNECTED TO FREE SPEECH WARRIORS. IN FACT, QUITE THE OPPOSITE.

The revelation comes from a May 4th amendment filed by Musk which shows over one dozen equity investors – either people or companies funding his purchase in exchange for a share of ownership – in Twitter.

Individuals who list themselves as Directors and Managers at Binance also have a history of working for Chinese state-run media, state-run universities, the Chinese Communist Party’s State Council, and Tencent.

Another Twitter investor, Sequoia Capital – which contributed $800,000,000 – also has deep Chinese Communist Party links through its personnel and companies it funds.

While Musk has pledged to reform Twitter to protect free speech, the inclusion of investors with ties to foreign countries which lack any semblance of free speech raises concern about Musk’s pledge materializing.

Other foreign countries, including Qatar and Saudi Arabia, are also represented in Musk’s Twitter deal. Qatar Holding LLC, a subsidiary of the state-owned Qatar Investment Authority, committed $375,000,000 to the deal.

Another equity investor, Saudi Arabian Prince Alwaleed Bin Talal Bin Abdulaziz Alsaud, pledged nearly 35,000,000 shares, valued at 54.20 per share, “in order to retain an equity investment in Twitter following completion of the Merger in lieu of receiving Merger Consideration in the Merger.” 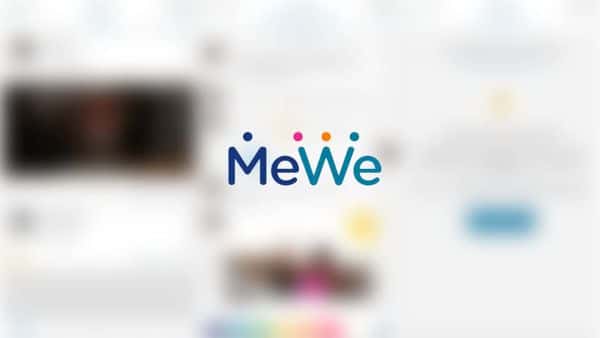 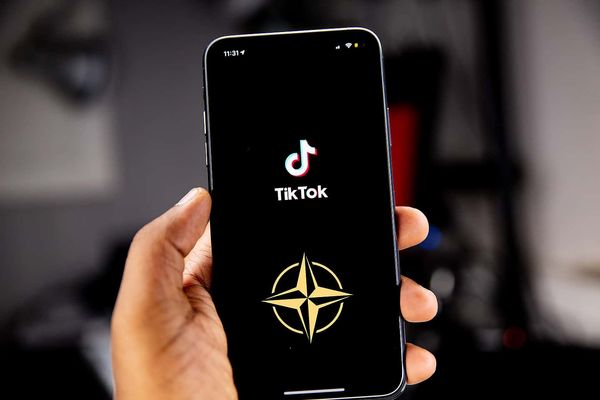