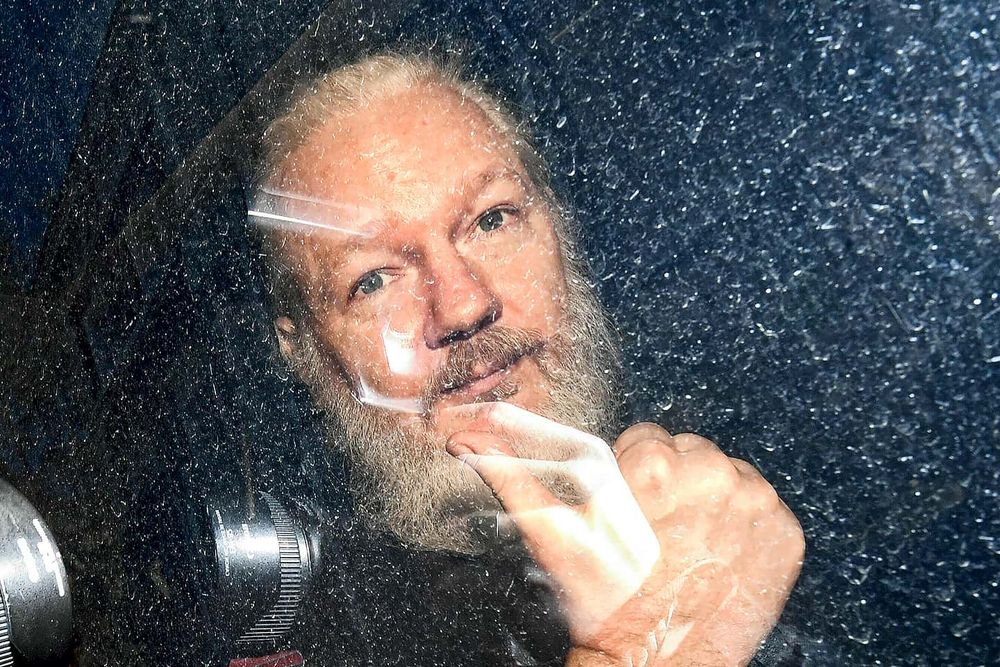 Julian Assange, the publisher of Wikileaks who has been confined in a London prison since 2019, will now have 14 days to challenge the Home Secretary’s order before being extradited to the United States to face espionage charges.

Priti Patel, the home secretary for the United Kingdom, has given her approval for the extradition of Julian Assange, the co-founder of WikiLeaks, to the United States, where he is accused of espionage in connection with the publication of millions of secret government papers.

For more than a decade, the United States has been requesting Assange’s extradition in order to prosecute him on 17 counts of espionage and one count of computer misuse related to his release of thousands of classified material and videos, some of which depict American soldiers killing innocent civilians during the Iraq War.

The U.K. Supreme Court overruled an earlier decision that barred Assange, an Australian citizen, from being extradited due to suicidal ideation, giving Patel the authority to approve his extradition.

Assange could now face up to 175 years in jail if found guilty by a U.S. court as a result of the extradition’s approval.

“On 17 June, following consideration by both the magistrates’ court and high court, the extradition of Mr. Julian Assange to the U.S. was ordered. Mr Assange retains the normal 14-day right to appeal ,” a Home Office official said Friday morning. The spokesperson further added that “the U.K. courts have not found that it would be oppressive, unjust or an abuse of process to extradite Mr. Assange.”

“Nor have they found that extradition would be incompatible with his human rights, including his right to a fair trial and to freedom of expression, and that whilst in the U.S. he will be treated appropriately, including in relation to his health,” the spokesman stated.

At a televised address on Friday, Assange’s wife, Stella Assange, addressed the media and emphasized “the extremely serious implications this has for all of you and your profession and for human rights.”

Watch the video below:

The troubled journalist’s wife stated that it “was always a possibility that Priti Patel would approve sending Julian to the country that has plotted to assassinate him, to the country that Julian exposed the crimes of,” but pledged that the pair would keep fighting to prevent his extradition.

According to Assange’s longtime legal representative Jennifer Robinson, “this decision is a grave threat to freedom of speech, not jut for Julian but for every journalist and editor and media worker in this country. He faces 175 years in prison for publishing information for which he has won journalism awards the world over, and has been nominated for the Nobel Peace Prize.”

The attorney promised to explore all appeal options “to stop this extradition from happening” and urged the Biden government to withdraw the lawsuit due to the serious danger it posed to free speech worldwide. The Australian government was urged to “take action and to protect this Australian citizen who is at risk” by Assange’s legal team.

Following the announcement of Patel’s decision, WikiLeaks issued a statement in which it defended the former publisher and claimed that he had done “nothing wrong,” adding that “[t]his is a dark day for press freedom and for British democracy.”

The media outlet declared that Patel would be the subject of an appeal, calling Patel “an accomplice of the United States in its agenda to turn investigative journalism into a criminal enterprise.”

“The path to Julian’s freedom is long and torturous. Today is not the end of the fight. It is only the beginning of a new legal battle,” they wrote.

Australian Prime Minister Anthony Albanese said on Monday he stood by his pre-election position that WikiLeaks co-founder Julian Assange should go free. However, he refused to make a public call to the US to drop all charges against the jailed publisher, who is an Australian citizen.

“There are some people who think that if you put things in capital letters on Twitter and put an exclamation mark that somehow makes it more important. It doesn’t,” the Australian leader said.

“I intend to lead a government that engages diplomatically and appropriately with our partners,” he added.

Albanese stressed that he made his position on the Assange case clear last year, when he was the opposition leader, and it has not changed since. At the time he said that while he personally didn’t have sympathy for many of the man’s actions, he could not “see what is served by keeping him incarcerated” in Britain.

Calls for the Australian government to publicly intervene on behalf of Assange increased after last Friday, when the British government approved his extradition to the US. The transparency activist is facing up to 175 years in prison on 18 charges, most of them under the US Espionage Act. His legal team said it will challenge the decision in the UK court system.

Among the people in Australia calling for the government to act was Bob Carr, the former premier of New South Wales who also served as Australia’s foreign minister the last time Albanese’s Labor party was in power.

He blasted the cabinet of Scott Morrison, who lost the federal election to Albanese last month, for not doing “even the faintest whinny of protest” as the Trump administration ramped up its campaign to take Assange into US custody.

“It was as if we were not a sovereign government but some category of US territory like Puerto Rico and an Australian passport holder didn’t rate protection from the vengeful anger of one corner of the American security apparatus,” Carr wrote in an opinion piece in The Sydney Morning Herald. “A France or Germany – a New Zealand – would not have been as craven.”

He called to lever the US need for Australia to be a security ally in the Pacific to stop the prosecution of Assange. He also pointed out that the US was regressing as a modern democracy, so it could prove its “claim to be a nation of laws” by lifting the threat of extradition from the “dissident publisher”.

Independent MP Andrew Wilkie said Assange “suffered enough” in a decade, during which his freedom of movement was restricted – first when he took shelter in the Ecuadorian embassy in London and later in the UK’s Belmarsh maximum security prison. He called on Albanese to just “pick up the phone and demand that this madness end.”

“When you boil it all down, we’ve got a Walkley Award-winning Australian journalist and Australian citizen who in 2010 revealed hard evidence of US war crimes,” he told Sky News.

The charges against Assange stem from his communications with WikiLeaks informant Chelsea Manning as she leaked classified materials about US military action. The most infamous part of the material was footage showing US military attacks on civilians in Iraq, which was published in 2010.

Manning was arrested the same year and court-martialed for her actions. Her sentence of 35 years in prison was commuted in 2017 by the outgoing President Barack Obama.

John Shipton said Julian Assange was stripped naked and put in an empty cell to prevent him from killing himself over the home secretary’s decision to sign his extradition order, Joe Lauria reports.

After British Home Secretary Priti Patel signed Julian Assange’s extradition order on Friday the authorities in Belmarsh prison stripped Julian Assange and threw him into a completely empty cell in an attempt to prevent his suicide, Assange’s father has said.

It was just one more instance in which the prison humiliated his son, Shipton told  a rally on Tuesday night at the offices of the junge Welt newspaper in Berlin. About 300 people attended, with an overflow crowd watching on close circuit TV in the courtyard.

“The ceaseless malice that has descended upon Julian,  a deluge of malice, the strip-searching of Julian … this is the latest humiliation,” Shipton said. “The staff of the jail, their concern after hearing he has to be extradited to the United States, thought he may commit suicide. Their solution was to strip him naked, and put him in a bare cell.”

Testimony was heard from expert defense witnesses during Assange’s extradition hearing that he might try to end his life in prison once he learned he was going to the United States.

It is not the end of the road for Assange legally, however. His lawyers have until July 1 to file for an appeal of Patel’s decision to the High Court.  They also intend to apply for a cross appeal of issues such as the political nature of the charges, the threat to free speech and the reported C.I.A. plot to kidnap or kill Assange before his arrest.

Shipton and Gabriel Shipton, Assange’s brother, are in Berlin to lobby the German government to put pressure on the United States to drop the case against Assange.

But Shipton said he would like to hear a public statement from Germany in support of his son. “We’d like Tobias to confirm what he’s said.”

A German government spokesman on Monday said however that Germany was unlikely to intervene with either the U.K. or the U.S. “This is a legal process that is already in motion, so I would be a little wary of political intervention,” he said, the French Press Agency (AFP) reported.