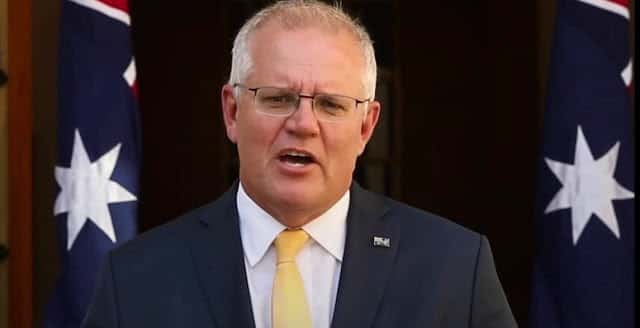 Among many surprising things about 2020 was how a novel coronavirus drove an equally novel upending of Australia’s political orthodoxy.

The hackneyed election straightener, “it’s the economy, stupid”, got shoved aside for a refreshing new imperative, “it’s the community, stupid”. Australians unhesitatingly turned to government, embraced expertise, and willingly abided by society-wide deprivations in the interests of the whole.

Reluctantly at first, centre-right politicians fell into line. Those who had built their careers on the virtues of small-government and gruff fiscal discipline, flipped to become big spending hyper-Keynesians.

Necessarily, political combat took a back seat to problem-solving. In an atmosphere of policy-not-politics, voters backed incumbent governments, marking them favourably for doing their jobs. Every election since the crisis began has returned the incumbents: in the Northern Territory, ACT, Queensland, and Western Australia. In the latter case, Labor’s Mark McGowan — arguably the country’s most aggressively parochial premier — was endorsed so strongly in March that the Liberal opposition officially ceased to exist.

Federally, Prime Minister Scott Morrison reaped the dividends of Australia’s tandem run of good management and good luck. While our closest allies, the United States and United Kingdom, descended into death and division, Australia closed its international borders early. It then compartmentalised further with the states episodically insulating their own populations and their own hospital systems.

Of course, there were mistakes. But the aggregate impact of these measures, high public trust, and the deliberately consensual mechanism of Morrison’s national cabinet has served the country well.

But 2021 has been a whole new ball game, and one for which a prime minister not accustomed to pressure, has proved far less equipped.

Prime Minister Scott Morrison and Health Minister Greg Hunt have found themselves in crisis-management mode over the vaccine rollout.

The vaccine rollout — which remember, started stubbornly late — is in disarray. A promised four million inoculations by the end of March and completion by the end of October proved wildly unrealistic.

As of Sunday, the government says it hopes all Australians could receive at least one dose of vaccine by the end of the year. But as Morrison posted on Facebook, the government has no plans for any new targets because

it is not possible to set such targets given the many uncertainties involved.

Through the second half of last year, as it became clear there would be effective vaccines, Morrison, Health Minister Greg Hunt, and health authorities assured worried Australians the government was up to the global competition. And that Canberra was being sufficiently front-footed about procuring vaccines.

As Morrison boasted in a press statement on August 19,

Australians will be among the first in the world to receive a COVID-19 vaccine, if it proves successful, through an agreement between the Australian Government and UK-based drug company AstraZeneca.

In November, he also said,

Our strategy puts Australia at the head of the queue.

This was always unconvincing. That claimed “agreement” turned out to have been an over-egged letter of intent. Even ordinary observers could see demand from wealthy countries would be strong, and binding contracts would need to be signed quickly if Australia was to secure early adequate supplies.

It is now clear Australia’s risk-averse pandemic management — much of which was driven by premiers — has been followed by an insufficiently risk-aware vaccine contingency, controlled by the Commonwealth. And so we see another bizarre inversion: Australia being trounced by Britain and America, countries that had persistently botched their infection response.

Post-Trump America is now vaccinating three million people a day, and has gone above four million at least once. Covid-ravaged Britain is also roaring ahead. More than half of adults have had their first jab.

What is not clear is why Morrison et al insisted the absence of urgency was an advantage because — combined with our judicious “portfolio” approach to multiple acquisitions — our health authorities could plan and execute a textbook public vaccination program.

Trouble is, the states have complained about a lack of genuine cooperation in the rollout, critical supply problems have been obscured, and the much vaunted broad “portfolio” approach has had its narrowness exposed.

Clearly, the slow and steady approach failed to build in redundancy for the wholly imaginable interruptions to supply from international competition and technical limitations in production and transporting. Then there is straight-out vaccine nationalism, as has been the cause of a blocked shipment from Italy.

Australia’s approach rather relied initially on two locally producible vaccines primarily with Pfizer (and later Novavax) as a back-up — the University of Queensland one which fell over in December, and AstraZeneca which is now “not preferred” for under 50s. While the AstraZeneca clotting risk is hardly a public health disaster — it has been compared to that of long-haul flights — it is certainly a disaster for an already fractious vaccine confidence.

Coupled with a poorly managed political crisis over the treatment of women, Morrison’s 2021 has been tin-eared. A sharp decline of public trust in government, in expertise, and in institutional competence looms as a clear and present danger for Morrison’s popularity.

The prime minister has taken a hit to his approval ratings over his recent handling of gender issues.

Business-as-usual politics is already making a comeback with Labor’s Mark Butler toughening up of criticism of the rollout and calling for more transparency and a greater sense of urgency. Labor has little choice. Voters themselves see other countries are surging ahead while Australia inches along, tempting the fate of another outbreak, and delaying the economic recovery dependent on vaccination.

And that’s the next inversion we’re likely to see. Business and Coalition hardliners were outspoken last year against state border closures, lockdowns, and other restrictions, on economic grounds.

Expect to hear those voices too in coming weeks as the penny drops about a whole extra year lost to the pandemic.