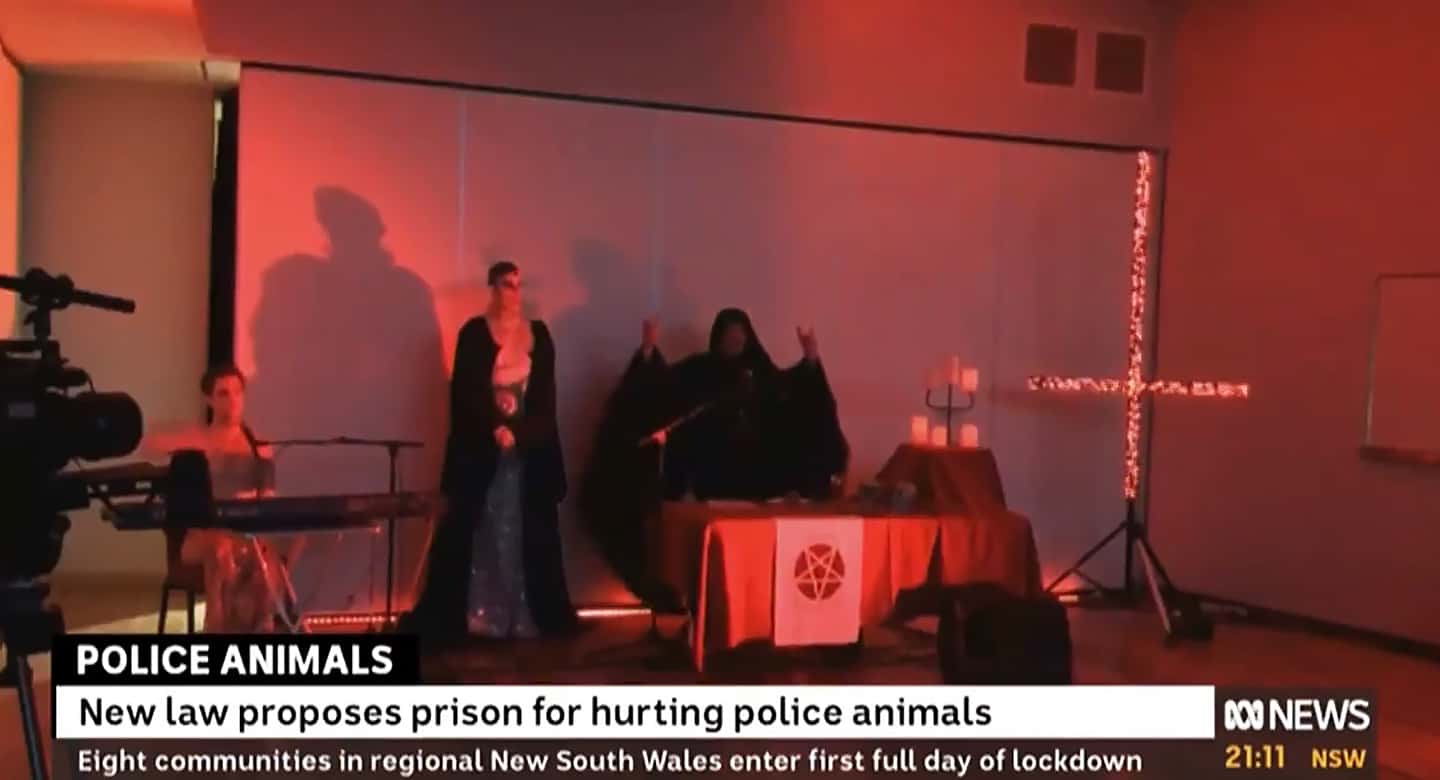 During a news segment by the Australian Broadcasting Corporation (ABC) a video of a satanic ritual was aired seemingly by accident during a botched broadcast.

The Australian Broadcasting Corporation, Australia’s national broadcaster that is funded by the direct grants from the Australian Government, aired a bizarre satanic scene during a live television broadcast, seemingly by accident.

The anchor was detailing regular programming when suddenly, the screen switched over to reveal a satanic ritual. In the video, viewers can observe an upside-down cross, satanic altar, candles and two cloaked individuals. One cloaked individual has his hood on and can be seen saying “Hail Satan” while throwing up satanic hand signs. The screen immediately switches back to the anchor, who continues her reporting as if nothing strange just happened.

It appears that the satanic scene was filmed during a black mass livestream from the Noosa Temple of Satan, as was pointed out by users online. It is unclear why the Australian news agency would be airing satanic rituals live on television. The full news segment covering the incident from “Media Bites” in Australia can be found here.

The Australian government is currently seizing 24,000 children from it’s citizens to place them in a stadium quarantine camp to be forcibly vaccinated. Parents will not be allowed to attend, as National File previously reported. Australia is currently establishing COVID-19 quarantine camps for citizens. Furthermore, citizens will be charged with “on the spot” excessive fines up to $5,000 per infraction if they violate the tyrannical COVID-19 rules as their children get sent away to get forcibly vaccinated despite their protest as Australia conducts one of the most authoritarian military lockdowns to date.