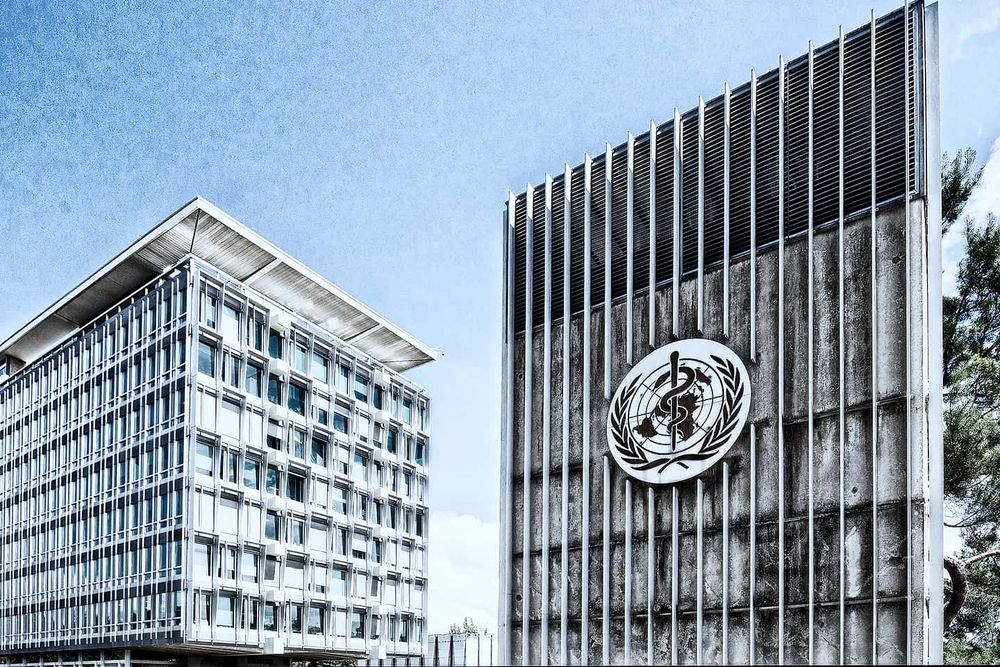 AFTER YEARS OF HIDING IT, THE WORLD HEALTH ORGANIZATION IS APPARENTLY ADMITTING THE TRUTH BEHIND CLOSED DOORS.

The director of the World Health Organization privately believes the COVID-19 pandemic resulted from a leak from a Chinese laboratory, according to a new report which undermines the publicly stated position of the global health chief.

Dr. Tedros Adhanom Ghebreyesus – the Director-General of the World Health Organization (WHO) – had previously stressed how unlikely the long-derided “lab leak” theory was, despite evidence to the contrary. Now, according to a report from the Daily Mail, Dr. Tedros “confided to a senior European politician that the most likely explanation was a catastrophic accident at a laboratory in Wuhan.”

The quiet admission in support of the “lab leak” theory is especially at odds with the public position of his WHO, whose affiliated scientists have often branded the hypothesis as a “conspiracy theory” and sought to silence the voices of those who claims otherwise.

The admission also follows the WHO launching a COVID-19 origins investigation that ultimately discredited the “lab leak” theory in favor of a “natural origins” theory. At the time, The National Pulse exclusively revealed that several researchers included on the team retained compromising links to the Chinese Communist Party, most notably EcoHealth Alliance President Peter Daszak. Advisors to the Chinese Communist Party also served on the team.

Daszak and his partners conducted research at the Wuhan Institute of Virology using funds from National Institute of Allergy and Infectious Disease (NIAID) Director Anthony Fauci. Using this million-dollar grant, the lab has worked on isolating bat coronavirus strains capable of “direct human infection” and is under the control of the Chinese Communist Party.

The lab also appears to have engaged in gain-of-function research, which manipulates pathogens to become more lethal and transmissible to humans. The lab has done similar research on other viruses including influenza and monkeypox.

The WHO sponsored a second COVID-19 origins investigation following its botched first attempt, leading Dr. Tedros to publicly admit that “we do not yet have the answers as to where it came from or how it entered the human population” this month.

Tedros himself has ties to the Chinese Communist Party, helping the regime expand its financial and political control over his home country of Ethiopia while serving in government.

Former U.S. President Donald J. Trump attempted to shift away from relying on Tedros, the World Health Organization, and even Anthony Fauci. He was widely ridiculed and maligned at the time, despite the mounting evidence that most of the above actors are now either totally discredited, or have rowed back from their original COVID-19 claims.

Big Tech silenced the lab leak theory. But now the WHO chief reportedly believes it.

Claiming, or even attempting to debate the possibility that coronavirus is man-made and originates from a lab in China, was a costly mistake made by a huge number of creators and social media users.

Their content was banned, labeled as conspiracy, and “repeat offenders” on platforms like YouTube would even get banned. From Facebook to Google, and every other Big Tech social media site in between, the explanation was that the only allowed information related to the Covid pandemic was that based on the opinions of “authoritative sources.”

And one of the most powerful among these “Covid truth arbiters” was the UN’s World Health Organization (WHO), that maintained for a long time that the virus – the response to which brought about nothing short of a global catastrophe – had occurred naturally.

Now, however, WHO Director-General Tedros Adhanom Ghebreyesus is reported to be telling European officials in private that he believes coronavirus originated in the Wuhan, China lab.

The Daily Mail is reporting about this citing a senior government source, who also said that the WHO head believes the virus escaped the lab in a “catastrophic accident.”

Speaking publicly earlier this month, Tedros said that “all hypotheses must remain on the table” and that, “we do not yet have the answers as to where it came from or how it entered the human population.”

When suspicions about the origin of the virus first occurred, though, China strongly protested any possibility it was anything but natural, and the WHO toed that line.

And since giant Western social media platforms toed WHO’s line – users and creators who dared to express doubt or make claims that the virus was man-made were labeled as “conspiracy theorists” – precisely the terminology Beijing itself used.

This “circle” was broken a year ago when the US announced a U-turn on this policy, saying that its intelligence agencies were investigating the “lab leak theory.” Facebook then promptly lifted the ban on this being mentioned or discussed.

Whether this failure to produce balanced and freedom of speech-friendly moderation policies, instead of adopting “absolute truths” to implement heavy censorship will inform Big Tech to “do better” going forward, is anybody’s guess.