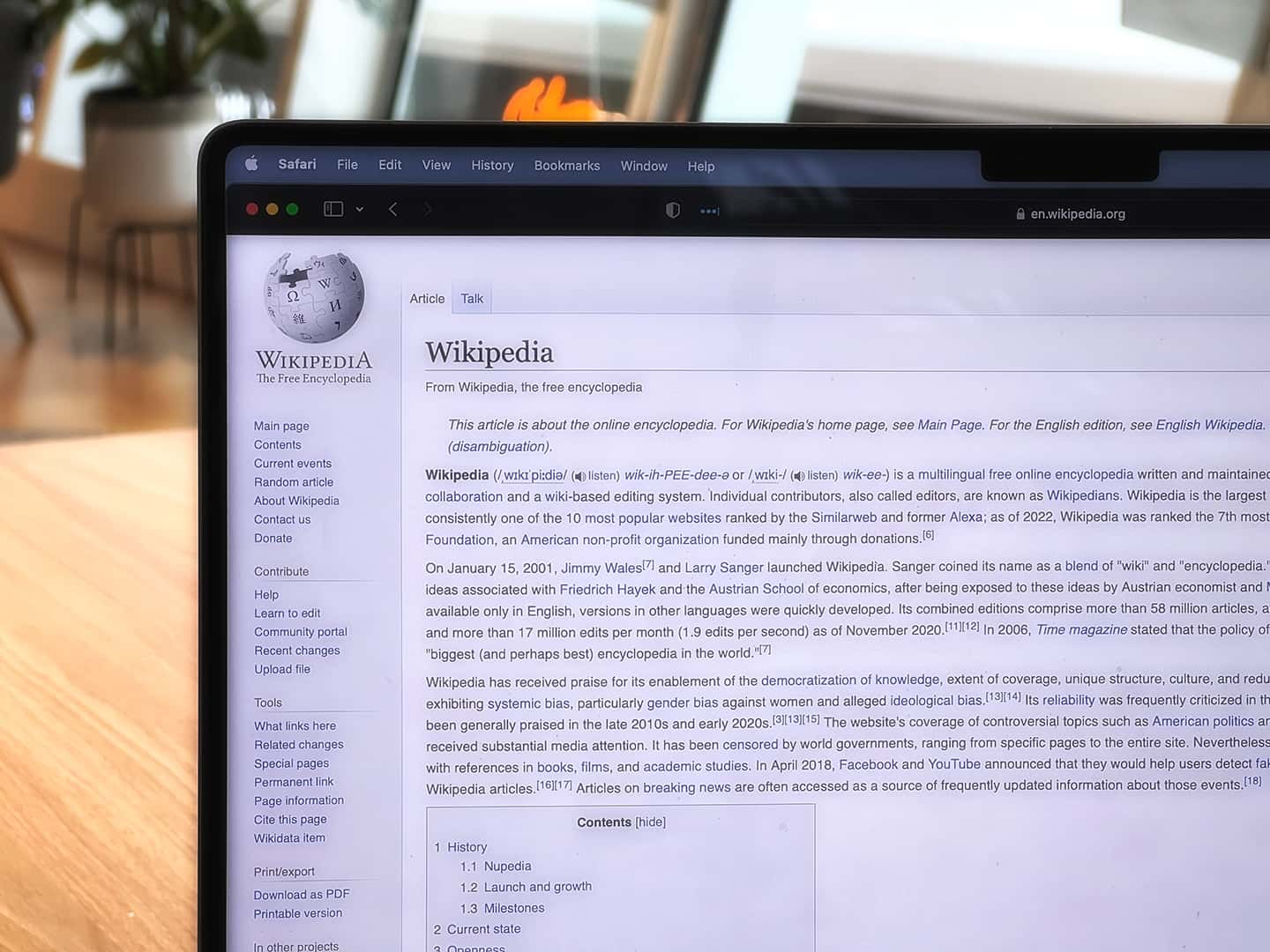 To favour The White House's sudden dismissal of the commonly-used definition.

Wikipedia editors have been accused of trying to change the page defining the term “recession” 41 times in about a week. The definition of the term has been a hot topic since the White House published a post that suggested the US is not in recession despite a negative growth in the economy in the past two fiscal quarters, which is the measure that has been used most in the past.

Wikipedia has now locked the post so that no one can correct it.

According to a screenshot, Wikipedia’s page on “recession” was edited about 41 times by several editors. The Daily Wire reported that one editor said: “there is no global consensus” on the definition of the term. Following the multiple revisions, an administrator blocked edits because of repeated “unsourced or poorly sourced content.”

In 1974, economist Julius Shiskin defined a recession as having negative growth in GDP for two consecutive fiscal quarters. A report from the Bureau of Economic Analysis (BEA) found that the US’s GDP decreased by 0.9% for the second consecutive quarter this year.

In its post, The White House denied that the country is in recession by using the National Bureau of Economic Research’s definition of recession, which is “a significant decline in economic activity that is spread across the economy and lasts more than a few months,” and considers several factors like consumption expenditures, employment statistics, industrial production, and inflation-adjusted income.

According to the blog post by the White House, NBER says that there is “strong growth in the US economy.”

“What’s the difference other than who’s president?”

Fox News’ White House corespondent Peter Doocy made Joe Biden’s Press Secretary Karine Jean-Pierre look like a total fool Wednesday by expertly exposing how she and other Biden minions are attempting to redefine what a recession is in order to claim America isn’t in one.

As we have highlighted throughout this week, Biden Administration officials are using semantics to avoid admitting how bad the economy is, with some suggesting ‘its not a recession, it’s a transition’.

Doocy outright asked Jean-Pierre “If things are going so great, then why is it that WH officials are trying to redefine recession?”

When Jean-Pierre denied that the White House is trying to redefine a recession, Doocy said “If we all understand a recession to be two consecutive quarters of negative GPD growth in a row and you have the White House officials come up here to say no, no, no that’s not what a recession is…how is that not redefining recession?”

“Because that’s not the definition,” the Press Secretary bizarrely replied.

Doocy then read the same definition of a recession as stated by Biden’s own economic advisor Brian Deese and asked “What changed?”

As Jean-Pierre continued to deny that a recession is two consecutive quarters of negative GPD growth, Doocy asked “What’s the difference other than who’s president?”

At this point it is laughable:

KJP also said yesterday that if America does enter a recession, whatever that is now, it’ll still be fine by the White House. Probably because they will redefine its meaning again:

Don’t worry, because a recession is now defined as ‘a strong economy’: