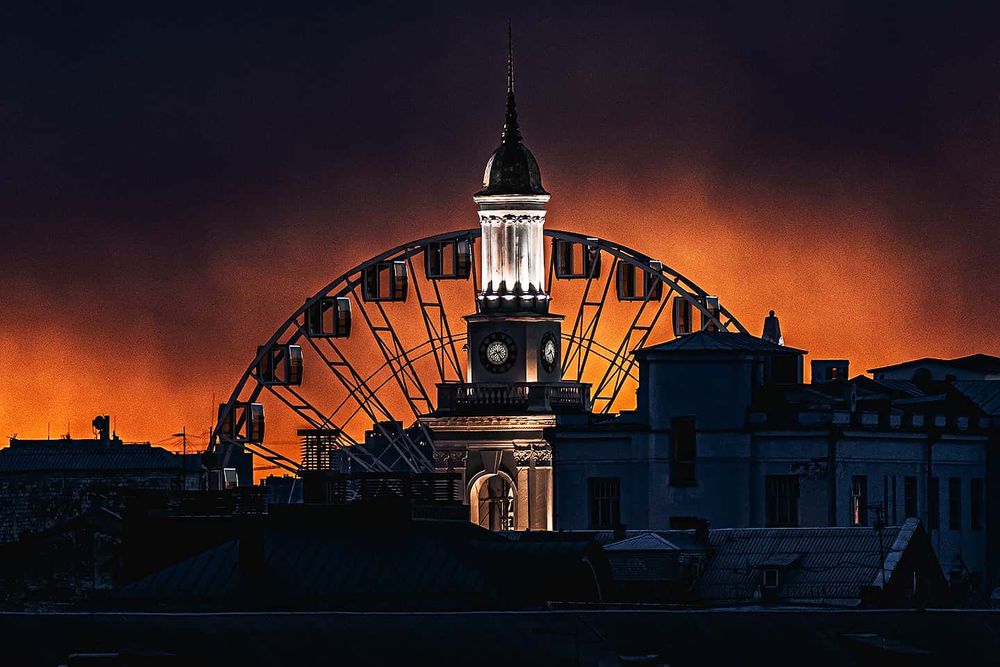 As Russian troops encircling eastern Ukraine are preparing to attack, western leaders are bracing for a Russian invasion while struggling to maintain a united front. Following the fallout of peace negotiations and numerous deterrence measures that appear to be inconsequential, French President Emmanuel Macron has called on the EU to conduct its own dialogue with Russia and forge its own plan for security and stability.

It’s an indication that most European nations are tired of being sidelined during negotiations and reluctant to impose harsh sanctions against Russia, especially since it could risk a gas shortage that would impact recovering European economies. The US and EU have already ruled out excluding Russian banks from the SWIFT global payments system, so any sanctions that do end up being imposed on Russia will be a far cry from the “severe consequences” that Biden has promised.

Meanwhile, military equipment — including two Russian Iskander ballistic missile systems — were spotted heading toward the Ukrainian border and Russian troops have arrived in Belarus to conduct joint military exercises. Even though a Russian invasion is imminent, it will not mean the end of the Ukrainian conflict.

Russian President Vladimir Putin is looking for a short and decisive victory to boost his popularity. Following the annexation of Crimea in 2014, Putin’s popularity skyrocketed but has since steadily declined. In early 2021, the Kremlin faced large anti-government demonstrations throughout the country in support of jailed Russian opposition leader Alexei Navalny. Reports of widespread corruption, large crackdowns against political dissidents and the effects of the pandemic have tarnished Putin’s image within Russia.

Despite evidence that the results were fraudulent, the Russian legislative elections held in September 2021 still showed decreased support for the state’s party, United Russia. The Kremlin is worried about future political unrest similar to that in Belarus or Kazakhstan. While we already know that Putin will be reelected for another term in 2024, the results of the election must at least appear somewhat legitimate.

It’s also one of the reasons why Putin can’t afford to be bluffing. After months of buildup, numerous attempts at negotiations and increased pressure and threats, we have reached a point of no return. If Putin were to retreat without any major concessions, it would seem as though Russia had caved to American pressure. The Russian population would interpret this as a sign of weakness, which in their eyes is unacceptable, and he might lose the support of his military and security establishments.

However, Putin is also apprehensive of a drawn-out war, which would be costly and lead to increased Russian casualties, meaning that popular support might turn against him. While invading all of Ukraine is feasible from a military standpoint, it’s doubtful the Kremlin could assimilate the staunchly anti-Russian population located in the west.

Instead, Russia will likely advance in the Donbass, part of which is already controlled by Russian-backed separatists. Depending on circumstances, Russia may be tempted to block Ukraine’s access to the Black Sea and surround major cities, effectively crippling Ukraine’s economy. This would provide Moscow with significant leverage over Kiev in future negotiations, or alternatively they might attempt to overthrow President Volodymyr Zelensky and replace him with a friendlier government.

Furthermore, the Kremlin has taken advantage of heightened tensions to fortify Russia’s borders through their military buildup in the Arctic, troop deployments in Belarus, their brief intervention in Kazakhstan and their reinforced presence in the Black Sea. It’s an opportunity for Russia to demonstrate its strength to their allies who occasionally hold divergent interests, most notably Turkey and China.

The outcome of this conflict will have vast geopolitical ramifications. If Russia is successful in their invasion, it would represent a humiliation for the Biden administration, mere months after the disastrous withdrawal from Afghanistan. It would also expose the limited power that Western institutions hold within an increasingly multipolar world order. Beijing will be watching closely as events unfold in Ukraine; depending on the outcome, it could embolden the Chinese Communist Party (CCP) to adopt a more aggressive foreign policy in regard to Taiwan’s sovereignty and the South China Sea.

We’ve witnessed over the years how deteriorated ties between Russian and Western powers have gradually solidified the Sino-Russian alliance. The upcoming Winter Olympics that are due to take place in China starting on February 4 will be the ideal opportunity for both countries to demonstrate their newfound fondness for one another. It will be a public display of defiance against the old world order.

Kelly Alkhouli is a political consultant and the Director of International Relations at the Center of Political and Foreign Affairs (CPFA).