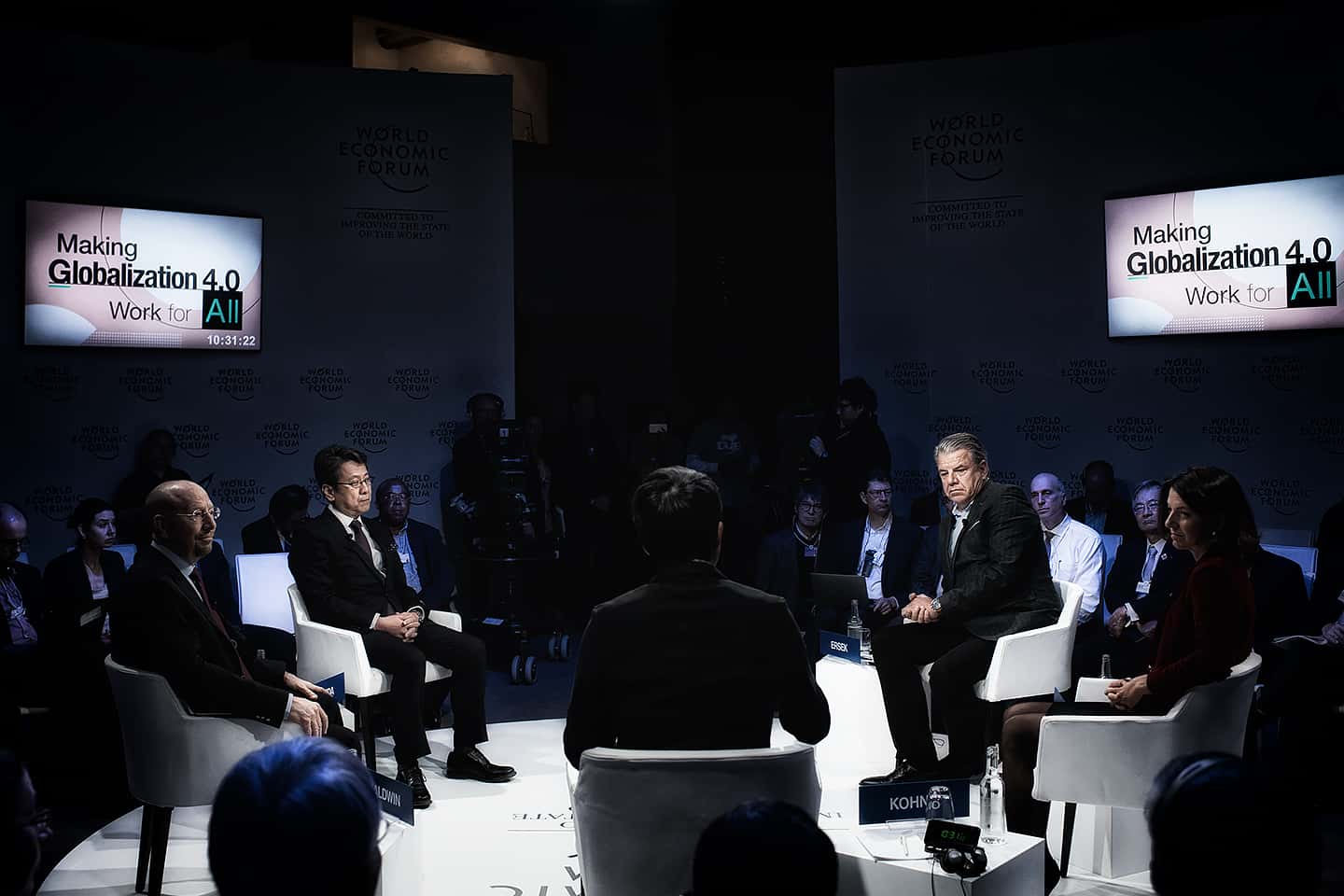 JUST ONE DAY INTO DAVOS, AND WE’RE ALREADY HEARING SOME DISTURBING THINGS.

Australian eSafety Commissioner Julie Inman called for a “recalibration” of free speech while speaking on a panel during the opening day of the World Economic Forum, Monday.

Inman discussed the prospect of re-envisaging what freedom of speech means, while speaking on a May 23rd panel for the World Economic Forum’s (WEF) annual meeting in Davos focused on “Ushering in a Safer Digital Future.”

Inman, who also served as the Director of Public Policy for Twitter in Australia and South East Asia, explained how “we’re going to have to think about a recalibration of a whole range of human rights”:

“We are finding ourselves in a place where we have increasing polarization everywhere, and everything feels binary when it doesn’t need to be – so I think we’re going to have to think about a recalibration of a whole range of human rights that are playing out online – from freedom of speech, to be free from online violence. Or the right of data protection, to the right of child dignity.”

Prior to running Australia’s Office of the eSafety Commissioner, Inman worked for other big tech companies in addition to Twitter including Microsoft. From 2009 to 2012, she served as the Global Director of Privacy and Internet Safety for the company, which was founded by leading WEF participant Bill Gates.

The scope of operations for Australia’s eSafety Commission appears to be broad, as the board defines its purpose as “help[ing] safeguard all Australians from online harms and to promote safer, more positive online experiences.”

“We prevent online harm by developing resources and programs based on robust evidence; We protect Australians and alleviate harm with our regulatory and reporting schemes; and we are proactive in minimising harms with initiatives that make our digital environments safer and more inclusive,” adds its mission statement.

Inman’s comments come amidst controversy over the creation of a Disinformation Governance Board at the U.S. Department of Homeland Security, which was temporarily paused due to the partisanship of its leader Nina Jankowicz. Advisory firms linked to Jankowicz, however, appear to still be receiving federal funds to combat “disinformation.”

'I think we're going to have to think about a recalibration of a whole range of human rights that are playing out online. You know, from freedom of speech, to the freedom to be free from online violence.'

Julie Inman Grant attended the World Economic Forum's annual meeting in Davos, Switzerland, taking a break from her role as the Australian Commissioner for eSafety.

Although, comments Grant made regarding free speech, have gone viral online.

“I think we're going to have to think about a recalibration of a whole range of human rights that are playing out online. You know, from freedom of speech, to the freedom to be free from online violence,” Grant said during one of the summit's many meetings.

What exactly is considered online violence?

According to IGI Global, online violence is “The use of online digital devices or services to engage in activities that result in physical, psychological, emotional self-harm or cause harm to another person.”

Australia's Online Safety Act explains that the Commissioner for eSafety has been given “substantial new powers to protect all Australians across most online platforms and forums where people can experience abuse or be exposed to harmful content."

It is fair to say crimes committed online should be reported, and the Australian government has every right to enforce those laws; however, when it comes to freedom of speech and expressing opinions on the Internet, that's where the line becomes less clear.

Having an opinion online shouldn't be considered “abuse.”

According to Valiant News:

Unsurprisingly, Imran Grant is currently working with the White House Gender Policy Council, and also has a position on the WEF’s Global Coalition for Digital Safety. Only last week, she appeared on a panel organised by the left-wing, anti-free speech group, Center for Countering Digital Hate, that has targeted conservative news sites to remove them from Google AdSense.

As we've seen over the past two years during the COVID-19 pandemic, when anyone “questions the science” of vaccines, it's considered misinformation.

Why can't someone talk freely about vaccine injuries, or seek more information about side effects, without being scrutinized? Are these the examples of what could be censored in the future? Accounts are being banned for spreading misinformation about vaccines, even though some of the materials are, in fact, true.

Is her mission to get rid of free speech as we know it entirely?

In Canada, freedom of speech is protected through the Charter of Rights and Freedoms, but with new sections of government like Australia's eSafety Commissioner popping up, well, let's just say we don't want to give Justin Trudeau any ideas.