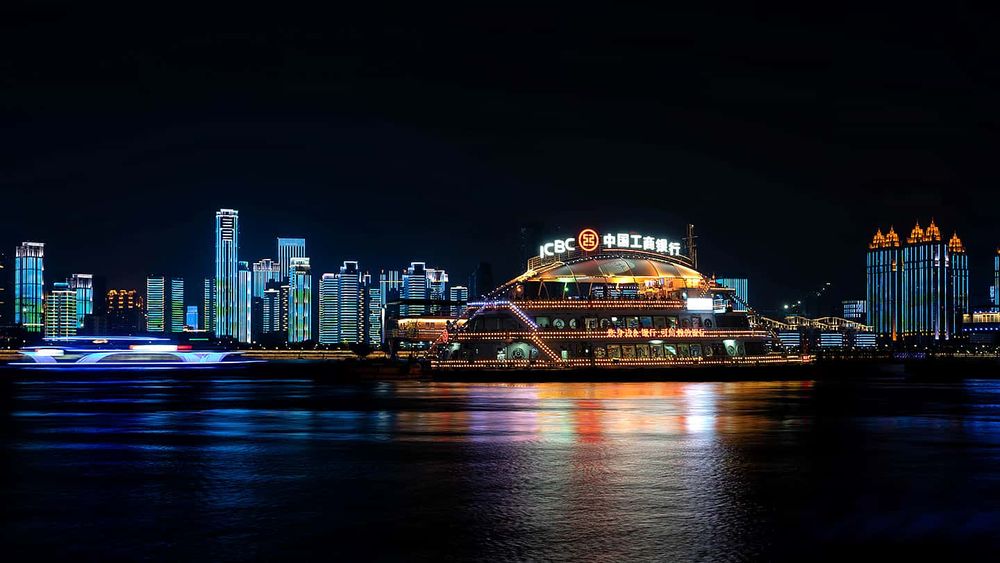 The Wuhan bio lab that was the centre of controversy surrounding gain of function research on coronaviruses appears to have been carrying out the same kind of research on monkeypox, to make it more lethal to humans, according to a report citing the peer reviewed journal Virologica Sinica which published the lab’s findings in February.

The Wuhan Institute of Virology assembled a monkeypox virus genome, allowing the virus to be identified through PCR tests, using a method researchers flagged for potentially creating a “contagious pathogen.”

The study was first published in February 2022, just months before the latest international outbreak of monkeypox cases which appear to have now reached the United States.

Researchers appeared to identify a portion of the monkeypox virus genome, enabling PCR tests to identify the virus, in the paper: “Efficient Assembly of a Large Fragment of Monkeypox Virus Genome as a qPCR Template Using Dual-Selection Based Transformation-Associated Recombination“.

The paper acknowledged that this Transformation-Associated Recombination (TAR) “applied in virological research could also raise potential security concerns, especially when the assembled product contains a full set of genetic material that can be recovered into a contagious pathogen.”

The full paper can be read below:

The revelations follow on from suggestions from a source within the European Centers For Disease Control that the current strain of monkeypox rapidly spreading across the globe appears to be “a third lab strain with unknown characteristics, and that there is chatter about this being somehow related to Moscow’s charges against U.S. biological activities in Ukraine.”

This information, along with several other reports indicating that drills and ‘war game’ scenarios by the WHO and the Gates Foundation involving monkeypox will once again serve to stoke fears that the outbreak could have originated from a bio lab.

Just as news of the first monkeypox case found in the U.S. broke, the Biden administration ordered 13 million doses of a vaccine that protects against both monkeypox and smallpox.

The World Health Organisation is warning that summer festivals and mass gatherings could accelerate the spread of monkeypox in the first indication that health technocrats may once again attempt to impose restrictions in the name of stopping the spread of a virus.

“As we enter the summer season in the European region, with mass gatherings, festivals and parties, I am concerned that transmission could accelerate, as the cases currently being detected are among those engaging in sexual activity, and the symptoms are unfamiliar to many,” said Dr Hans Kluge, WHO regional director for Europe.

This weekend, Belgium became the first country to begin imposing quarantine measures for the virus, as Joe Biden also stated that the developments were ‘concerning’.

Sky News reported that “Exactly what is driving the UK’s largest outbreak is a mystery,” especially as health experts previously asserted that monkeypox wasn’t very transmissible amongst humans, with some speculating it has mutated.

The virus is also spreading at the same time the WHO is preparing to vote on an international pandemic treaty and amendments to the International Health Regulations (2005).

According to critics, the treaty would, “give the unelected WHO greater control of national emergency healthcare decisions and new powers to push vaccine passports, global surveillance, and “global coordinated actions” that address “misinformation” whenever it declares a “health emergency.”

Studies have revealed that shingles can happen in young, healthy individuals after receiving a COVID-19 vaccine. The COVID vaccination has been found to reactivate highly contagious chickenpox virus, according to new studies.

Following the injections of COVID-19, physicians and researchers have noticed an increase in the varicella-zoster virus (VZV), or chickenpox virus, reactivating.

When the chickenpox virus reactivates, it manifests as shingles or herpes zoster (HZ).

Although studies demonstrate that persons who have received the vaccine have a greater incidence of shingles, federal health authorities maintain that there is no connection between COVID-19 vaccinations and shingles.

A case study of six women (out of 491 participants) with an autoimmune condition who experienced shingles 3 to 14 days after getting the first or second dosage of the Pfizer COVID-19 shot was originally published in Israel. 99 participants in the control group did not experience shingles. In April 2021, the report was released in the journal Rheumatology (read below).

“To our knowledge, there were no reports of varicella-like skin rash or HZ in the mRNA-based vaccines COVID-19 clinical trials and our case series is the first one to report this observation in patients within a relatively young age range: 36–61, average age 49 ± 11 years,” the authors wrote.

They hoped that publishing the case series would “raise awareness to a potential causal link between COVID-19 vaccination as a trigger of HZ reactivation in relatively young patients with stable AIIRD [autoimmune inflammatory rheumatic diseases].”

Three healthy males, aged 71, 46, and 42, were reported in a distinct case study from Taiwan to have acquired shingles two to seven days after receiving the first dose of Moderna or AstraZeneca COVID-19 injection.

“HZ does not often appear after the administration of other kinds of vaccinations,” the researchers wrote. “But we believed that there might be a link between COVID-19 vaccine and HZ emergence.”

“One of the reasons is the short delay of onset after vaccination. The other reason is that these three patients were immunocompetent,” they added.

The largest study to date, which used real-world data (pdf) from over two million patients, discovered that the incidence of shingles was higher among those who had received a COVID-19 shot within 60 days than in the unvaccinated group, who were diagnosed with shingles within 60 days of visiting a doctor’s office for any other purpose.

The probability of acquiring shingles was estimated to be 0.20 percent for the group that had received vaccinations vs 0.11 percent for those who hadn’t, and the researchers claim that this “difference was statistically highly significant.”

“Reactivation of the varicella-zoster virus appears to be a potential ADR [adverse drug reaction] to COVID-19 vaccines, at least for mRNA LNP-based formulations,” the authors wrote, adding that “vaccination against COVID-19 seems to potentially raise the risk of precipitating HZ [herpes zoster].”

In April 2022, Dr. Richard Urso, an ophthalmologist and expert in drug design and treatment, said that a significant portion of the three to five patients with long COVID or issues following the COVID-19 shot, “a huge number of them have reactivated Epstein-Barr, herpes simplex, herpes zoster, CMV.”

The U.S. Food and Drug Administration (FDA) asserts that it has not found any safety connection between the COVID-19 shots and the increase in shingles cases that followed their introduction.

“FDA has not seen a safety signal for shingles/herpes zoster following administration of the approved or authorized COVID-19 vaccines,” Abby Capobianco, FDA press officer said, adding that the agency “will continue to closely monitor the safety of these vaccines.”

The COVID-19 vaccine and the reactivation of the chickenpox virus, according to the Centers for Disease Control and Prevention (CDC), “there is no current connection.”

Any negative side effects following a COVID-19 vaccination, according to CDC spokesperson Scott Pauley, are just momentary and are an indication that the vaccine is working.

In Pfizer’s safety dossier (pdf), which the FDA released in March 2022, shingles is named as one of the 1,291 adverse occurrences of special interest.

According to Dr. Jesse Santiano, an emergency room physician and internist, adverse events of special interest (AESI) are side effects that might be mild or severe but can result in a significant medical condition that healthcare professionals should watch out for following immunization.

“The medical conditions in the list does not mean that the Pfizer COVID-19 vaccine causes all of those,” Santiano said on May 11. “That’s because we don’t have enough data to make that conclusion, at least not yet.”

The list of ailments applies to all COVID-19 vaccinations given worldwide, not just those produced by Pfizer. Whether months or years have passed since receiving a COVID-19 injection, anyone who has done so should report any adverse events to the vaccine manufacturer or the Vaccine Adverse Events Reporting System (VAERS).

After receiving the COVID-19 shot, the unpleasant rash was first reported to VAERS in December 2020. As of June 10, 2022, there were 1.301 million total COVID-19 reports in the database, of which 13,887 cases involved shingles, according to the most recent VAERS data.

In contrast, a search for the shingles vaccination or the herpes zoster and influenza vaccines turned up a total of 1,127 cases in the last three decades and more than 18,000 cases in more than 15 years, respectively.

According to the CDC, VAERS reports do not always imply that a negative reaction to the vaccine was its direct cause.

Small blisters or a painful, striped rash, which typically appears on one side of the body or the face, are symptoms of shingles.

After the blisters appear, the illness often goes away in two to four weeks. However, some people may experience problems like Ramsay Hunt Syndrome, which paralyzes the face, post-herpetic neuralgia, or visual or hearing loss.

People with shingles can transmit the virus to those without chickenpox or the chickenpox vaccination when the rash is in the blister stage.

About 1 million Americans suffer shingles each year, according to the National Foundation for Infectious Diseases, and “half of the population who lives to 85 years of age will experience shingles during their lifetime.”

Extreme stress, advanced age, using immunosuppressive medications, as well as specific illnesses and vaccinations, can all raise your risk of developing shingles.

Studies have revealed that shingles can also happen in young, healthy individuals after receiving a COVID-19 vaccine, despite the fact that the risk of developing shingles increases for people 50 and older.

Shingles typically manifest as a secondary condition, according to internist Dr. Keith Berkowitz.

According to the CDC, shingles treatment should start as soon as the rash emerges and includes one of the three FDA-approved antivirals to “shorten the length and severity of the illness” and nerve pain relievers. Calamine cream, colloidal oatmeal baths, and cold, wet compresses can all help reduce itching.

According to Berkowitz, who recommends them to his patients, shingles can also be treated with dietary supplements including lysine, quercetin, and vitamin D (if consumed early).

He claims that when it pertains to shingles, a person’s body’s lysine to arginine ratio is very crucial.

“The spreading of shingles requires the virus to multiply, and the amino acid arginine that helps the herpes virus replicate. Lysine interferes with arginine and helps prevent herpes from spreading,” Berkowitz said.

Essential amino acids like lysine and arginine are required for the body to produce proteins. Lysine, unlike arginine, cannot be produced by the body on its own and must instead be acquired from specific meals or supplements. Avoiding foods high in arginine, such as nuts and seeds, tofu, and chocolate, among other things, is advised during a shingles outbreak.

According to webmd.com, the natural pigment (flavonoid) quercetin, which is included in many fruits, vegetables, and grains, has anti-inflammatory and antioxidant properties that “might help reduce swelling, kill cancer cells, control blood sugar, and help prevent heart disease.” Quercetin “suppresses viral replication” in shingles, according to Berkowitz.

Studies have revealed that vitamin D is essential for controlling immune response and inflammation in addition to supporting bone health.

Berkowitz advises taking probiotics like lactobacillus in addition to lysine, quercetin, and vitamin D to perhaps strengthen your immune system.

People who are experiencing shingles symptoms should speak with their doctor about the best course of treatment for them. Anyone who has shingles on their face should consult a doctor right away.

The shingles vaccination is advised by the CDC for adults 19 years of age and older “who have weakened immune systems because of disease or therapy” in order to avoid the disease.