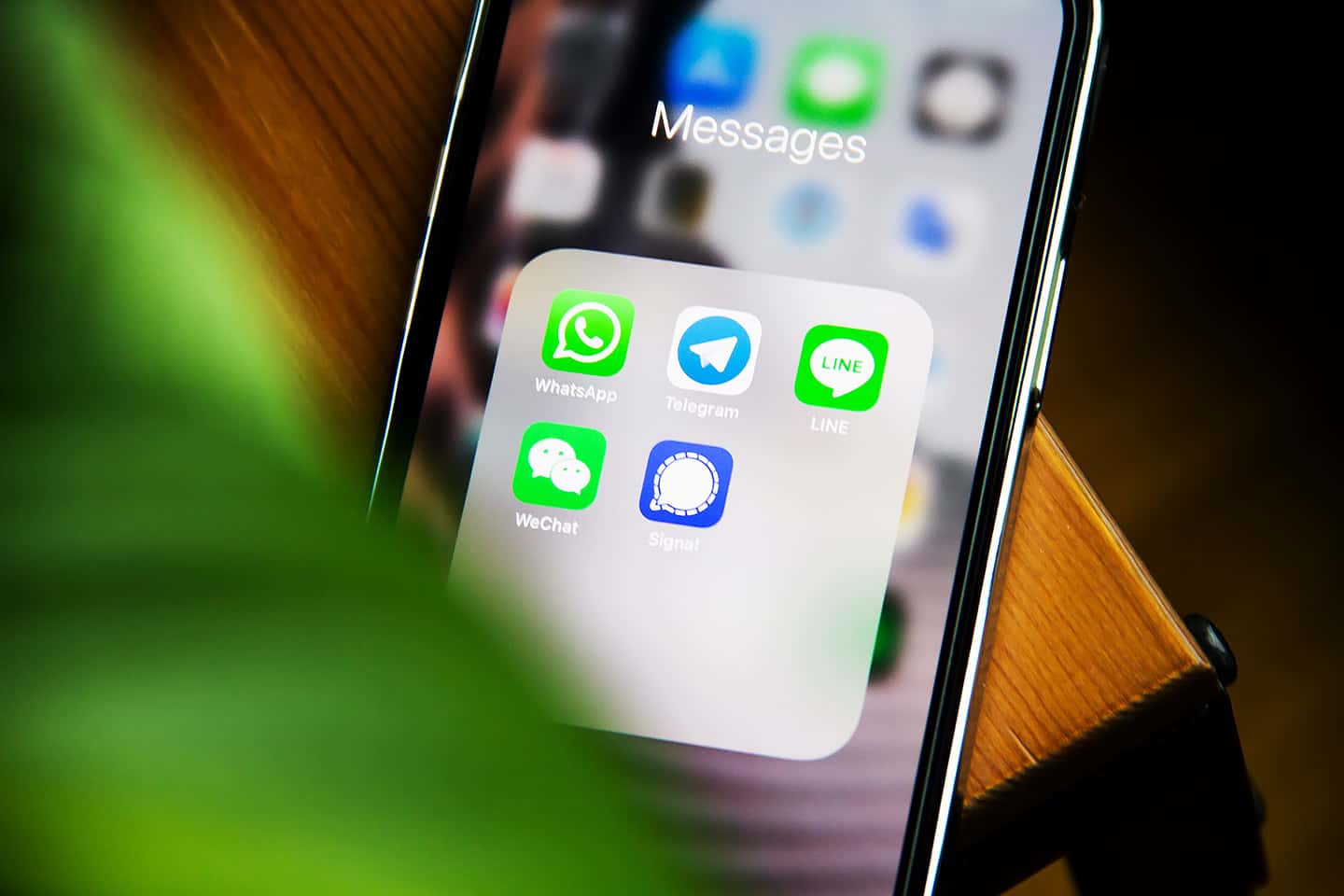 WhatApp was primed and ready this time. As Telegram ruthlessly taunted the messaging giant as Facebook’s deadline day arrived, WhatsApp was prepared to fight back. And fight back it did—unlike last time. Here’s what just happened.

Finally, after months of negative headlines and a user backlash, WhatsApp’s hugely controversial update is now live. Facebook is forcing the messenger’s 2 billion users to accept controversial new terms or lose use of their accounts.

When this first hit the headlines, there was a mass exodus of tens of millions of WhatsApp users to Signal and Telegram, as the Facebook-factor came into play. Both platforms have taken shots at WhatsApp over recent months. Well, WhatsApp has had enough, and as the clock ticked down to May 15, it decided to fight back.

It all started with Telegram tweeting a meme that suggested it was time to “bin” WhatsApp and Facebook. It’s not the first time Telegram has used Twitter to attack its larger rival, but this was very deliberately timed on the afternoon of May 14.

WhatsApp has ignored these attacks until now. But clearly, enough is enough. The messaging giant shot back with a meme of its own, attacking Telegram’s lack of end-to-end encryption, which is still little understood by many of its ~500 million users.

“And what people don’t know,” WhatsApp’s tweet said, seemingly disclosed by “Telegram admin, “is we’re not end-to-end encrypted by default.”

And WhatsApp wasn’t done—quickly following with another tweet to emphasize the encryption point. “Checks calendar. pours coffee,” it said. “OK. Let’s do this. No, we can’t see your personal messages. No, we won’t delete your account. Yes, you can accept at any time.” And all the time, the clock continued to tick down to May 15.

This is a stunning change of style from WhatsApp—it has seemed to either ignore or rise about the taunts thus far (dependent on your point of view), but not any more.

WhatsApp has appeared to attack Telegram in its FAQs on the impending change, but not by name. “We understand some people may check out other apps to see what they have to offer,” it said, “we’ve seen some of our competitors try to get away with claiming they can’t see people’s messages—if an app doesn’t offer end-to-end encryption by default that means they can read your messages.”

The fact that WhatsApp has now named Telegram in its fight back, and actually replied to a Telegram tweet, shows just how serious this change of terms is, how concerned the platform must be, and how real a threat Telegram has become.

WhatsApp's response makes a serious point very effectively—targeting Telegram’s own audience. The suggestion that Telegram users are unaware of the issue, mistakenly thinking that it is more secure and more private than WhatsApp—which it is not, is right on the money. This is a serious issue.

Telegram tried to defend itself, suggesting that WhatsApp’s encryption claims are misleading. They’re not. Telegram's tweet is misleading. Yes, WhatsApp or someone else installing the app on a new phone will receive future messages, but it has no access to chat histories and those new messages in turn will be end-to-end encrypted. The user would know their account has been compromised—no-one can eavesdrop.

This isn’t the first time Telegram has attacked WhatsApp in this way—albeit the first time it has received a response. It did something similar in the immediate aftermath of the original backlash, at that time even suggesting a fight brewing between WhatsApp and Facebook as the backlash intensified.

But last time around WhatsApp focused on dry explanations, trying to put concerns over Facebook data sharing to rest. This time, though, it seems WhatsApp was ready. And rather than defending its position, it was prepared to go on the attack.

It isn’t just Telegram, of course, there’s also Signal to worry about. WhatsApp can’t attack Signal, though, because its smaller rival is more private and more secure.

Not to be left out, Signal twisted WhatApp’s “checks calendar” tweet back around, suggesting that today (May 15, deadline day) is “a great day to switch to privacy,” taunting WhatsApp over the privacy implications of the Facebook backlash.

Earlier this month, Signal ran a viral campaign against Facebook, accusing the tech giant of disabling its ad account when it tried to expose the extent of its data harvesting, Facebook did accuse Signal of twisting the truth.

There’s also the awkward revelation for Facebook, that its own CEO Mark Zuckerberg has a Signal account. There’s been no response to this attack, though.

And so, now we can all watch and see whether WhatsApp’s PR blitz has done the job, whether it can avoid the same level of backlash that hit the platform in January. It’s time to get out the popcorn as the messaging battle enters round two.

You can find out what the May 15 deadline means for you here.

Meanwhile, while WhatsApp assures no users will have their accounts deleted, it has also confirmed that users will lose the use of their accounts if they refuse to accept the new terms. It’s decision time for millions of you.