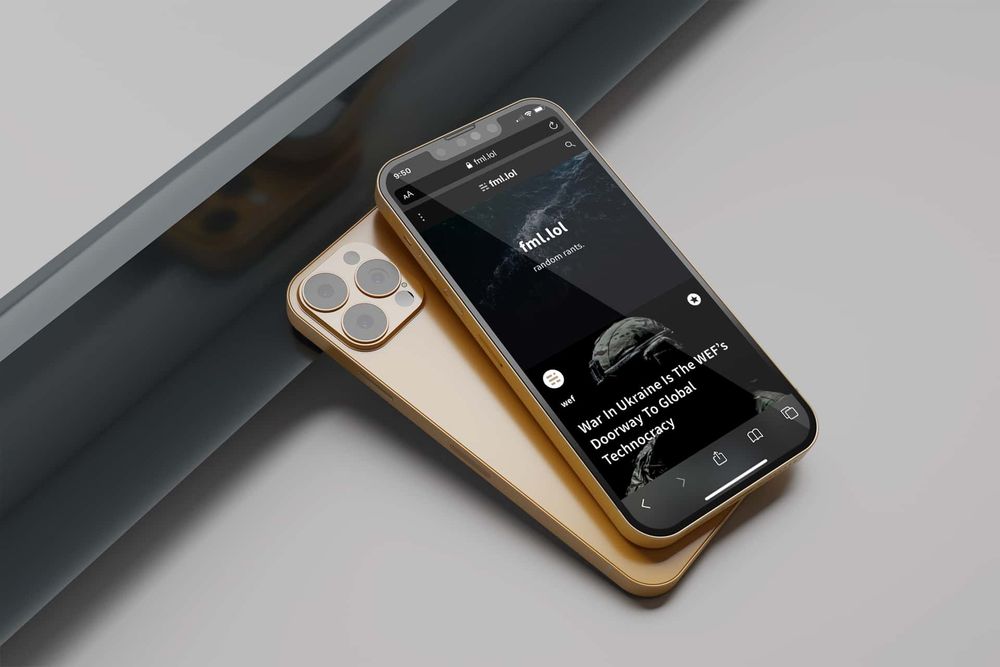 In the future, you don’t own anything — maybe not even your iPhone or iPad.

Bloomberg reports that Apple is working on a monthly subscription service for the iPhone and other hardware, including the iPad. The service would allow users to subscribe to hardware for the first time in the company’s history.

This program would be a bit different from the current iPhone Upgrade Program. That starts at around $US35 ($49)/month and nets you a new iPhone every year and AppleCare+ coverage. It’s also a deal that extends over to your carrier.

The program has not been officially announced, and according to people familiar with the matter, it’s still in development. But it would operate like an auto-leasing program, marking a significant shift for Apple’s business, which makes a bulk of its cash from hardware sales.

However, a leasing program could help prolong that relationship with consumers by enabling them to use Apple products and enter the ecosystem even if they can’t afford the hardware outright. For others, this program might also be an incentive to carry the latest and greatest iPhone, akin to the way you’d swap out a leased sports car every few years to drive the newest, shiniest model. You would likely handle the subscriptions through your Apple account on the web or on your mobile device, similar to managing other monthly paid services. It also means you wouldn’t have to deal with your carrier to get an upgrade.

A spokesperson for Apple declined to comment to Bloomberg on the company’s plans. We’ve also reached out to Apple but have heard nothing in response.

Although it remains unconfirmed, it makes sense that Apple would want to propagate its best-selling hardware far and wide with an approachable subscription program. The company already has some financing infrastructure in place after the launch of the Apple Card, not to mention its active partnership with Citizens One Personal Loans for its iPhone Upgrade Program.

Hardware subscription programs are hardly new to the zeitgeist. As more digital streaming services became the norm for delivering content, it was inevitable that tangible goods would follow suit. Other tech companies have been exploring this model recently. For instance, in a perceived effort to thin out its inventory, Peloton started testing a subscription service for new users to lease its bikes.

Despite being unconfirmed, the report says Apple’s subscription service is expected to launch at the end of this year, though it could be delayed into 2023 or cancelled outright. At this point, we’ll just have to wait and see.